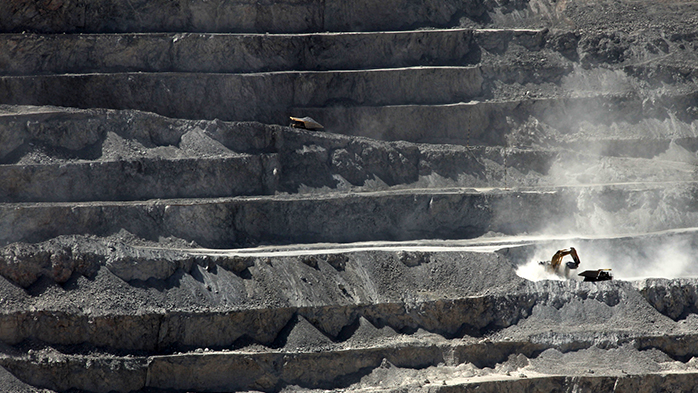 
Market optimism picks up going into Q3 2017, despite persistent structural risks
Despite some price divergence across the commodities basket in the last 12 months, the observed recovery in the industry has largely continued, bringing about a significant improvement in financials and industry sentiment going into Q3 2017. CRU’s Market Size Index, which multiplies average prices and volumes (shown below), is up 21% YoY, with a strong Q3 led by bulks and base metals.

This sense of improved market optimism is reflected in the results from CRU’s industry survey (based on more than 200 responses) with around two thirds of market participants optimistic about the year ahead, up from around half when the survey was last conducted in May earlier this year – shown below.

The sustained recovery in the industry and the improved sentiment today has largely been driven by stronger than expected macro data, improved growth expectations for metals and on-going supply side reform in China. Low levels of capital expenditure and rapidly changing expectations around growth in new energy vehicle (NEV) production have supported bullish sentiments in a number of commodity markets.

Despite the optimistic outlook, however, uncertainty around the future direction of the industry remains a concern for market participants, with fears of a hard landing in China, ongoing geo-political tension and trade policy issues particularly apparent. 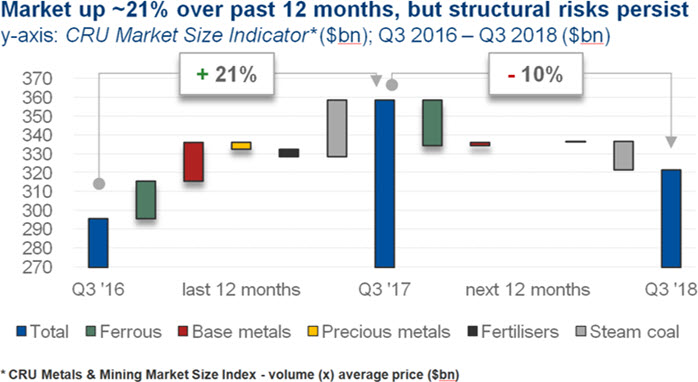 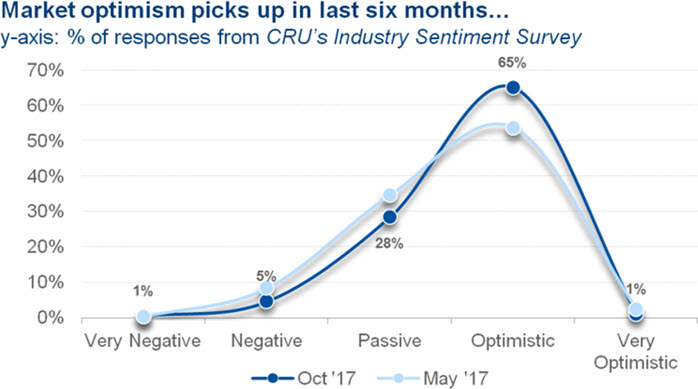 Growth emerging as a key corporate priority, with new energy vehicles increasingly seen as a major market opportunity
The results from CRU’s Industry Survey, shown below, suggest that while structural economic and policy risks still dominate market attention, they are increasingly focused not on international but domestic issues, including supply side and environmental policy reform in China and elsewhere.

While initially viewed with scepticism by some market participants as yet another round of largely ineffective supply cuts, it is becoming increasingly apparent that recent Chinese supply reforms have been the most effective attempt to date at addressing the issue of structural overcapacity, firming prices and pushing up utilisation rates and margins. This has been evident not just in aluminium and steel but across most raw materials, including coal, fertilisers, ferroalloys, zinc and needle coke – used in the production of graphite electrodes. Notably, most cuts have targeted smaller scale, less efficient and mostly private enterprises, with SOEs expected to gain share as a result of on-going supply side reform, which we expect to continue in some form going forward.

On the demand side, concerns around a Chinese investment slowdown still dominate on the downside but a "managed economic transition" now appears more likely in the near term – d though these issues remain far from resolved.

In terms of emerging market themes, rapidly changing expectations on the transition to a low carbon mobility and energy future have been partly responsible for driving positive industry sentiment in Q3 2017, given its potentially profound implications for metals markets – an area CRU has researching extensively.

The “greening” of transport and power is gathering pace, with new energy vehicles (NEVs) increasingly seen as a major longer term market opportunity. While cobalt and lithium are expected to require the most significant growth in supply, significant investment in both upstream and downstream will also be required for nickel, copper, manganese, graphite and many other raw materials which could feature in the future energy mix. Importantly, disruptive changes to the transport sector will not only profoundly impact the volume of resources required, but also, owing to their reliance on high purity precursor materials, will reshape the value-chains of many raw material markets, such as nickel and manganese. 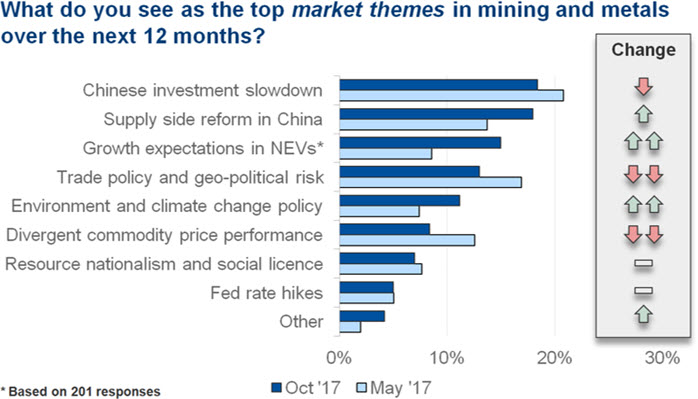 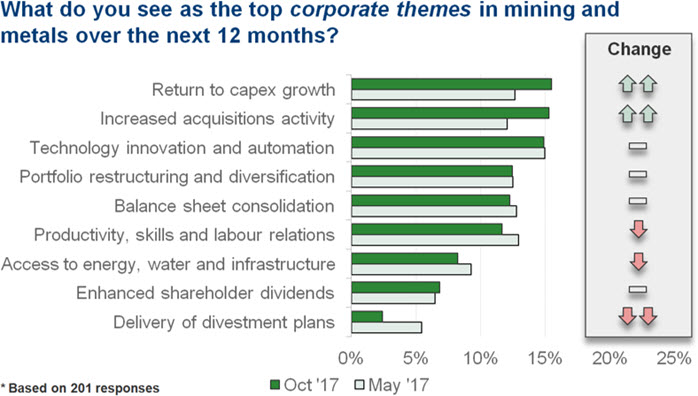 Looking to corporate themes, an ongoing focus on managing supply side fundamentals such as technology, productivity and labour relations remains important, but the main story in the last six months has been the emergence of growth as a key corporate priority.

While market prices for many commodities have rebounded earlier in the year, it was not enough to encourage significant new investments across many commodities, with a mixed outlook on what miners will do with their improved cash positions. In the last six months prices have either remained elevated (such as in coal) or increased (such as in copper, zinc and nickel), moving near or above the long run marginal cost for the first time in years and indicating market visibility on future shortages and a possible return to incentive pricing. A return to cost inflation, after five years of declining prices for energy, consumables and depreciating currencies, provides another signal of the cyclical upturn observed in the last year.

Capital spending, then, is expected to return to growth in 2018 in the form of both organic and inorganic sources of growth, intensifying competition for attractive base and technology metal projects as miners seek to increase their exposure to the “commodities of the future” – an area in which CRU Consulting provides critical support to miners, assessing market attractiveness and critically appraising the universe of new mine developments and operating assets.

In summary, while there remains considerably uncertainty on the direction of individual markets and the broader mining and metals industry, the signals are encouraging; growth, after many years of retrenchment, is again emerging as a key corporate priority in mining and metals going into 2018.

The next Webinar on emerging industry themes and the outlook for 2018 and beyond is tentatively scheduled for April 2018.  To view the last webinar, follow the link below.