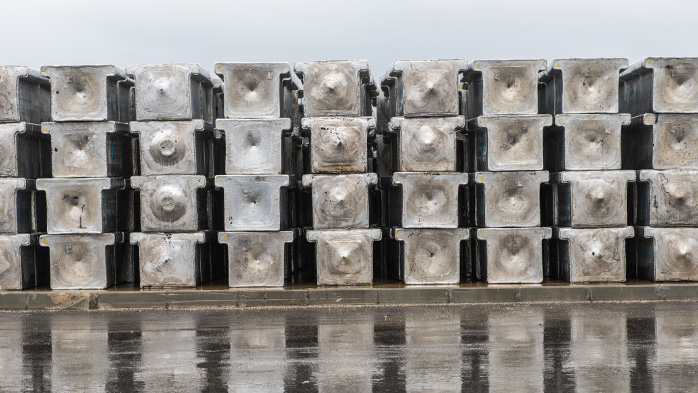 On 09 August the SHFE aluminium cash price soared to over RMB16,000 /t, its highest level since 2012. The move came after Shandong ordered 3.2Mtpy of illegal smelting capacity to close.

This was the third province to make such announcements, but the SHFE and LME aluminium price reaction was much larger than after the previous announcements from Xinjiang and Inner Mongolia.


In this Insight, we detail the announced Chinese aluminium smelter closures and the impact on 2017 and 2018 production.  In addition, we compare the very latest closure expectations to the Chinese closures and total Chinese production set out in CRU’s July 2017 Aluminium Market Outlook. 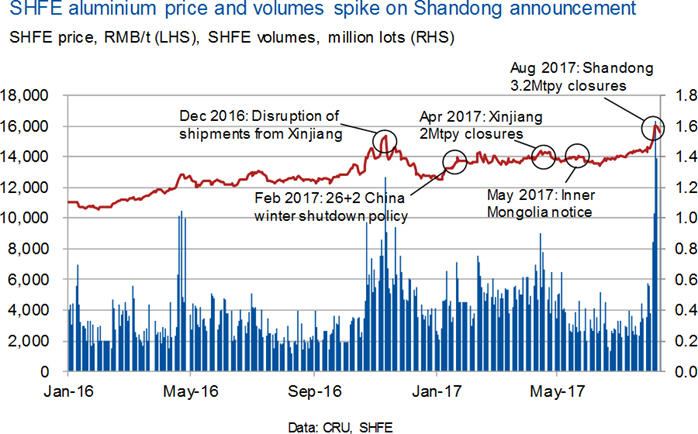 Xinjiang
Xinjiang was the first province to order smelters to close capacity, in April the Changji County government stated two million tonnes per year of planned or operational illegal capacity must halt construction or close. Since that announcement 500,000tpy of operational capacity has closed. There are two plants in the province that have been ordered to close illegal capacity:

Inner Mongolia
In late May, the National Audit Office of China questioned whether four smelting projects in Inner Mongolia had all the required central government approvals. Construction at two of the four smelters is yet to begin. Of the two which are operational:

Shandong
The announcement in early August by the Shandong Development and Reform Commission (SDRC) caused the greatest shockwaves, lifting the SHFE cash price to over RMB16,000/t and the LME 3-month price to $2,040/t. The statement orders 3.2 million tonnes per year of illegal capacity to close. Two companies are impacted:

Winter shutdowns
In the July report, CRU downgraded the impact of the winter shutdowns by 75% to 265,00t in Q4 2017 to Q1 2018 from a previous 1.06Mt. Hongqiao and Xinfa accounted for 75% of the original closures and we assume they will be exempt given their closures to date.

Speculative trading on headlines, not fundamentals
Volumes on the Shanghai Futures Exchange (SHFE) contract swelled to 1.6 million lots on 09 August, as the cash price breached RMB16,000/t for the first time since 2012. The average daily volume in 2017 to date was 0.42 million lots. This big increase in trading volume reflects a large increase in speculative activity.

There is no denying that the closures to date are very substantial. But Chinese inventories are also at a record high, Chinese physical market prices are relatively weak and are trading at steep discounts to the SHFE price. Stocks will continue to rise in August and September and again in Q1 2018. The Chinese ingot import arbitrage is also close to reopening – a development that would alarm Chinese authorities.

Overall, we see the closures as a bullish development for prices.  However, new SOE smelters will continue to ramp-up in China and stocks will continue to rise.  The price rally may continue to run in the coming weeks, but we think a correction is on the cards, particularly for SHFE aluminium.