One Belt One Road, but two commodity outlooks 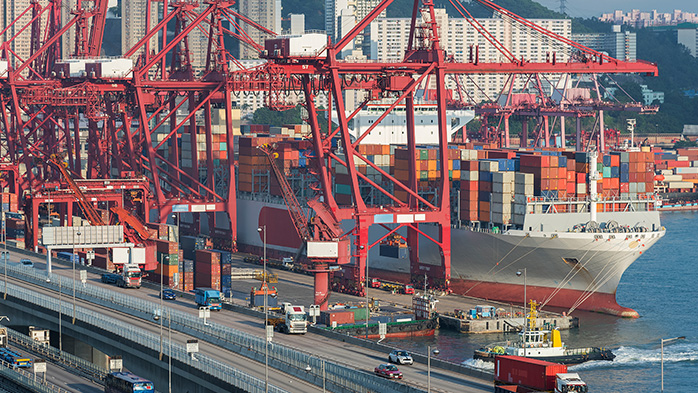 China’s One Belt One Road (OBOR) initiative  is described as the single biggest initiative since the opening up of China to foreign investment. In its narrowest sense, it can be described as a trade and investment initiative with more than 60 countries, notably in infrastructure, but it is also designed to expand China’s global influence. But how will it impact commodities?


In this CRU Insight, John Johnson, Chief Executive Officer, CRU China, introduces a simple framework for looking at the importance of this initiative for the major commodities followed by CRU. The conclusion of this Insight is that OBOR will have an impact on commodity markets, but that there are two distinct groups of commodities for which the influence of this policy varies: “surplus commodities” and “deficit commodities”. Up until now, attention has focused on demand and the impact of China exporting surplus commodities, such as steel. However, China also has an enormous deficit in many commodities, which has an important impact on supply and is an equally important driver behind the OBOR initiative. 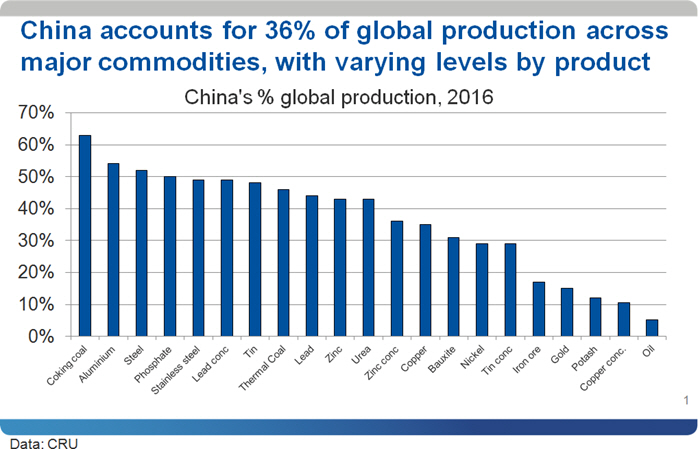 On average, China accounts for 36% of global production of these major minerals, metals and fertilizers as shown in the chart.

If we also consider consumption of these commodities, China accounts for 44% of global demand for these products, on average, so China tends to be in deficit. Commodities fall into two distinct groups: those on the left hand side of this chart tend to be in surplus, except for coal and lead concentrate. These are mainly downstream products, which is an important distinction since China has more control over downstream production, but cannot change its geological base.

Massive political will to act on surplus commodities
Overproduction and slower demand growth for these downstream products have led to surpluses in aluminium, steel and stainless steel. This has resulted in relatively low domestic utilization rates, lower prices and poor profitability, and these industries have exported significant volumes relative to global trade. These surplus commodities are the subject of a particular OBOR policy focus, designed to enhance demand. But trade does not have to be a zero-sum game. One purpose of the OBOR initiative is to increase demand levels outside of China (as well as inside). This is a particularly important part of the OBOR initiative, worth closer scrutiny, and where CRU is conducting more research. Combined with China’s supply-side strategy to close excess capacity, reduce pollution and consolidation into stronger industries, there is huge political will in China to tackle these surplus industries. 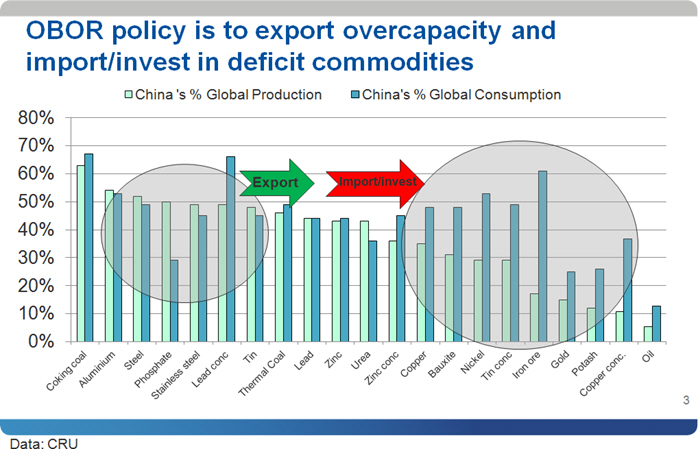 Overseas investment encouraged in deficit commodities
If we look at the commodities on the right hand side of this chart, which are produced in relatively fewer quantities in China, these are in deficit, meaning China’s demand outweighs production. As a result, commodities such as zinc concentrate, copper, bauxite, nickel, iron ore, gold, potash and copper concentrate rely on imports to satisfy Chinese demand. Such deficits have been important since they have a significant bearing on price prospects and are the subject of overseas investment targets by Chinese and non-Chinese companies alike.

These “deficit commodities” are the focus of OBOR’s outbound strategy, as Chinese companies have been encouraged to invest in overseas resources, as opposed to relying excessively on third-party imports. China has therefore been raising overseas investments in these commodities for both strategic and financial reasons. This may in time have an enormous impact on the supply side, similar to that of British, US and Japanese MNCs over the past century.

Winners and losers from OBOR
The value of net imports versus net exports for China is shown in the chart below. This shows a large bias towards raw materials imports (red bars). There have been some winning countries such as Australia, Brazil and Chile that have enjoyed significant exports in these commodities. 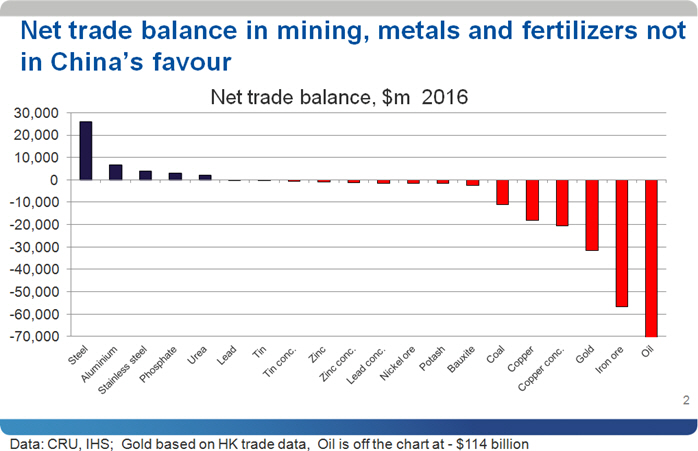 Chinese mining companies that are increasingly focused on these deficit commodities will become global players as they venture overseas to buy up mining assets. So far, China has been relatively new to investing overseas and it has made mistakes (as have many Western mining companies, largely resulting from a lack of proper due diligence and corporate social responsibility or cultural issues). However, CRU believes that China has learned lessons from the past ten years and will get much better at this process, with large Chinese mining companies potentially evolving into global mining majors.

Many countries are on the receiving end of surplus commodity exports from China. These exports of surplus commodities are likely to continue, but are the subject of trade actions unless the OBOR diplomacy can overcome this. Supply-side reform should raise utilisation rates, prices and margins and reduce the incentive to export. At the same time, China is focusing on another important strategy to add more value – “Made in China 2025”, whose aim is to raise the value of the net trade bars on the left hand side of the above chart, including indirect exports of items such as machinery and cars. This move is the inevitable result of China’s development along the value chain and will impact overseas producers of higher value products that were previously safe from such Chinese incursions.