Scrap prices will come under pressure from electrodes shortage 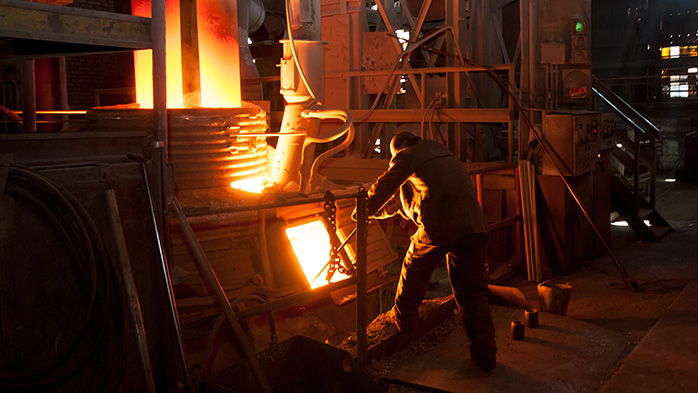 Graphite electrodes are used in a range of industries, and the steel industry is exposed via electric arc steel production and secondary steelmaking.


Electrode prices have skyrocketed due to a shortage of needle coke, which is driving increases in electric arc furnace (EAF) conversion costs. Likewise, the cost of secondary steelmaking is rising, though to a lesser degree. While falling steel prices are expected to drive scrap prices lower, higher conversation costs will compound these falls as steelmakers look to contain variable costs.

Higher electrode costs will drive scrap prices lower
A global shortage of graphite electrodes has stemmed from the environmental closures of manufacturing capacity in China, which has in turn acted to tightened the needle coke market. This, combined with capacity rationalisation by major electrode producers outside China and higher demand for lithium-ion batteries production, has meant production could not be lifted elsewhere to cover the shortfall. The shortage has increased electrode prices to staggering levels, and is lifting steelmaking conversion costs. Higher conversion costs will place increasing pressure on scrap prices, as mills look to contain variable costs in anticipation of falls in steel prices in the near future. Worse yet for scrap prices, an acute shortage of electrodes would drop demand for scrap sharply as EAF-based output collapsed. This Insight will outline the problem the industry faces and show why higher electrode costs will apply greater downward pressure to ferrous scrap prices.

Electrode shortage most significantly impacts EAF-based steelmaking
Graphite electrodes are used in the production of steel in EAF’s and secondary steelmaking, alongside silicon production in Europe. Graphite anodes are mostly used in the production of aluminium. The aluminium industry consumes far more graphite than the steel industry, though the key input material for anodes requires less processing than that for electrodes, and capacity for these inputs is less consolidated. In steelmaking, EAF-based production consumes the majority of electrodes. Steelmakers, whether BOF or EAF-based, are also exposed to electrodes where they use arc-based (i.e. ladle furnace route) secondary steelmaking.

One of the main causes of the shortage is that electrode capacity has been closed in China and pushed production elsewhere.  This has shifted demand from coal tar pitch (CTP), the primary source of carbon in the needle coke used in Chinese electrodes, to calcined petroleum coke (CPC), which is the source of carbon used mostly outside Asia.  There have also been capacity closures in recent years, both for CPC production and for electrode manufacture.  This has limited the ability of the supply chain to adjust to a sudden boost in demand.  Compounding the issue is the growth in demand for batteries, specifically lithium-ion batteries used in electric vehicles. Some of this is real demand, as assembly of these vehicles grows, but there may also have been some speculative buying.

For the steel industry, electrode costs have historically been a minor element of conversion costs. However, the sharp prices in electrode prices has limited costs from just $4-8 /tls to over $80 /tls at prevailing spot prices. While the industry on average will not have reached this level, costs are expected to rise by nearly half this, at the very least.

Electrode capacity closures in China have led to global electrodes shortage
Closures of electrode manufacturing capacity in China due to environmental concerns have reduced supply both to domestic steel mills and to exports that support demand elsewhere. This has meant that demand has had to be met by production elsewhere in the world.

CPC is a specialty end product of crude oil refining. Petroleum needle coke is first produced in a coker unit from refined oil, before it is calcined to remove volatile components such as water and hydrogens that must be removed before a graphite electrode is manufactured. Globally, there are only a small number of producers of needle coke; primarily, this is because the quality of the crude oil required to produce needle coke limits supply. Additionally, calcination of raw coke is an additional process that not all producers have invested in. The majority of needle coke capacity is in the USA, the UK, Russia and Japan.

CTP is a carbon rich product refined via the distillation of coal tar, which is a by-product of metallurgical coke production. CTP has a range of applications, including roofing and paving, a base for paints and coatings, and asphalt. CTP can also be used to produce needle coke, which can then be used in electrode manufacture. Pitch coke is typically produced in China, Japan and South Korea.

The production of synthetic electrodes and anodes requires either petroleum coke or pitch coke as a source of carbon. Coke can have a number of microstructures which impact specific properties, such as thermal and electrical conductivity. Relevant to electrodes and anodes, there are two forms: needle and sponge. Electrodes used in steel and ferroalloy production require calcined needle coke, while aluminium requires anodes produced from calcined sponge coke (n.b. and cathode blocks, but these are replaced much less frequently).

Asian electrode producers predominantly use CTP as a source of carbon, while producers elsewhere use mostly CPC. Following closures of electrode capacity in China, production moved increasingly outside China and the supply chain for CPC was not able to respond to the rapid changes in demand.

Late last year and early this year, we understand that electrode spot prices were about $2000-4000 /t, roughly the equivalent of $4-8 /t of liquid steel (tls) output for an electric arc furnace (EAF).  Electrode spot prices have, however, skyrocketed this year, with the latest prices heard at around $35,000 /t, the equivalent of $60-85 /tls; an eighteen fold increase.

High conversion costs will see scrap prices fall faster than steel markets
While in some markets, such as in Europe, steel producers have attempted to increase steel prices via a surcharge to cover electrode costs, we do not believe this is sustainable and was only possible during the period of high global steel prices that occurred recently. Steel prices are already falling in China and we believe these falls will accelerate in the near-term, through to early next year. We believe that EAF-based steel producers will place greater downward pressure on scrap prices to lower variable costs and remain competitive, particularly those mills in Turkey and South East Asia which have shown a greater propensity for this in the past. These mills will be able to facilitate this via the threat of substituting scrap with importing billet produced in the CIS and China via the BOF route, thereby having a lower exposure to graphite electrode costs. By re-rolling imported billet and reducing output via their EAF capacity, they will have the opportunity to lower costs. We have seem similar behaviour arise in recent years when an arbitrage opportunity arose.

This means that scrap prices will fall faster than steel prices in the near-term. That said, there is some risk that scrap supply could become more restricted as inflows of the material slow. Historically, we have seen this occur between a price of roughly $240 /t CFR Turkey for HMS material, though it is not until prices fall to about $200 /t that inflows have really dried up significantly.

Steel prices are high today, though we believe that there is sufficient room for prices to fall to levels that in conjunction with higher electrode costs, could see scrap prices fall to around $200 /t.  Inflows of scrap would start to reduce markedly as prices approached this level, hence the pace of scrap price falls would ease relative to declines in steel prices.  If mills were then no longer able to cover variable costs when melting and casting scrap, they would turn to merchant billet again.

Billet supply more restricted
In contrast to the period at the end of 2014 and in 2015 when exports of Chinese billet to Asia, Turkey and the Middle East rose sharply, supply is now more restricted. Supply-side reform in China, which has been a key element of high steel prices today, means that steelmaking capacity in the country is being utilised nearly fully (see Insight here). While this will abate a little over the coming months, billet exports may be much less forthcoming than previously. That said, there is spare capacity in other regions, such as the CIS, which could absorb some of the demand.

A range of scenarios exist for steel industry
There are a range of outcomes that could occur from the shortage of electrodes present today, which are driving up EAF-based steelmaking conversion costs. Over the coming weeks we will be developing our expectations for the industry and further refining the scenarios analyses we have provided to our customers surrounding the impact of the graphite electrode shortage on the steel industry. Meanwhile, in conjunction with our forecast of falling steel prices, three potential outcomes are most likely, though none of these are entirely mutually exclusive:

In these scenarios, there is a shift of crude steel output between EAF and BOF-based steelmaking, though the extent to which this occurs varies.  While BOF-based production is not entirely immune from higher electrode costs and a potential shortage, its exposure is through secondary steelmaking.  For the most part, this would affect the higher end of the market, such as specialty quality bar and steel sheet for the automotive sector, most of which is not produced via EAF producers.  The impact on the higher end of the market is something we will address separately in the future. 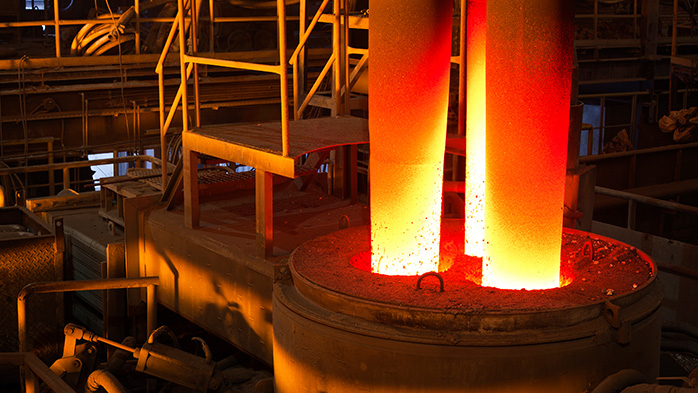 Graphite electrodes are a key input for electric arc steel-making and ladle refinement of steel as well as play an important role in other metals industries. Recently,...