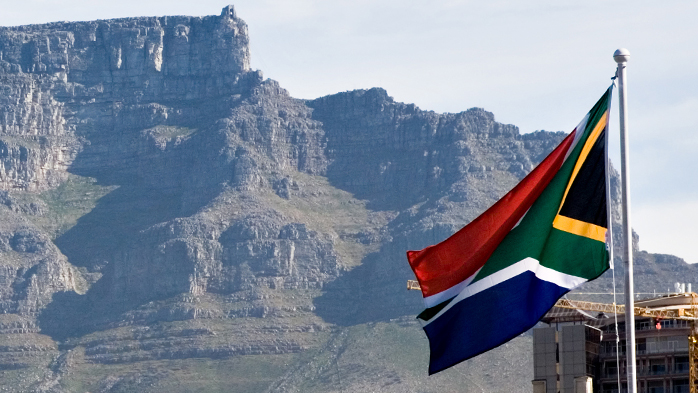 In an unusual move, ArcelorMittal South Africa (AMSA) and the South African government have come to an agreement regarding an imposed pricing mechanism for domestic sheet prices, partly in return for the granting of import protection measures and partly in response to a price collusion investigation.

In a press release on August 22, 2016, the Competition Commission of South Africa stated that it had come to a settlement agreement with AMSA. AMSA was being investigated in a case of price collusion with some of the other steel producers in the country. As part of the settlement agreement AMSA agreed to pay an administrative penalty and restrict its sheet prices for the next five years. On a separate matter it has also agreed to the establishment of a price review board for its sheet prices. CRU understands this was agreed to as a pre-condition for the government to impose import duty protection on sheet products in the country. The government wanted to ensure that AMSA would not increase prices unduly since the import restrictions would mean that buyer access to the external market would be difficult.

The summary of the agreement with respect to the sheet prices are as follows:

We will now evaluate the impact of both these restrictions.

EBIT restriction
Sheet products have accounted for 67% of AMSA's sales revenues over the last several quarters (see chart 1). Of the total sheet sales, 30% has been exported. Consequently almost half (c. 47%) of AMSA's revenue will be in principle impacted by the new policy of restricting the domestic sheet prices to keep segmental EBIT below 10%. However, over the last few years, AMSA has been struggling to post a positive EBIT from its sheet segment (see chart 2).

Hence this "restriction" would actually come as good news versus recent performance, if AMSA were able to enforce domestic pricing at a sufficiently high level.

Weighted Average Prices
In return for the South African government imposing import duties on sheet products, AMSA had agreed to a transparent pricing mechanism for its sheet prices. Henceforth the prices will be based on a weighted average basket of external prices from America, Europe and Asia. This recommendation comes after a panel, which was set-up in 2008 to look at ways to reduce the steel prices in the country, suggested this approach. CRU has derived the historical prices using a weighted average of prices from CRU's Steel Sheet Products Prices and compared them to the actual realisations of AMSA (see Chart 3). The historical derived prices were slightly lower than the actual prices. 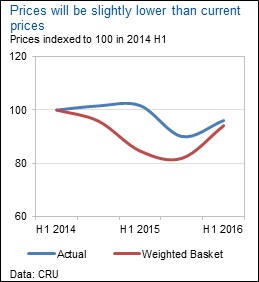 Given this outcome it seems unlikely that AMSA will be troubling the 10% EBIT margin cap any time soon. However, given the fact the weighted average price is not significantly lower than the historical prices the company's financials do not face any immediate threat.

Conclusion
Imposition of import duties has come at a price for AMSA. That price is giving up control of its domestic pricing and capping the potential margins achievable in the market. A 10% EBIT margin might seem like the "Promised Land" for many steelmakers around the world; however it does not seem especially likely that AMSA is in any danger of approaching this level. Historical performance has been far from it and future controlled pricing looks set to underperform past uncontrolled reality. Lower domestic pricing may however boost South African steel demand. One unintended consequence of this policy however might be that AMSA might try to increase its exports since the pricing restrictions does not apply to the exports markets. However, given that AMSA had approached the government for the trade protection to prevent it from low-prices steel from other countries, it might find difficult to gain market share in an already oversupplied export market.