Mine production fails to be converted to battery grade lithium 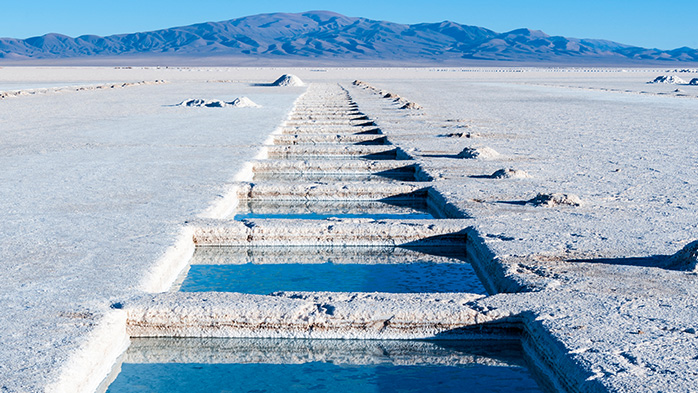 The Chinese government's announcement in 2017 of new New Energy Vehicle (NEV) and fuel efficiency policies is expected to propel global total lithium demand growth by 29% and 19% in 2018 & 2019 respectively. This insight discusses why the supply chain ramp up to meet such a rapid demand increase, specifically for battery grade lithium carbonate and lithium hydroxide, is proving challenging.


Historically, lithium carbonate has been, by some distance, the primary product form used for both industrial lithium applications and manufacturing Lithium Ion Batteries (LIBs). However, the dramatic growth in the LIB segment in recent years has led to changes in purity requirements for lithium carbonate, as well as expanded demand for other lithium chemicals, most notably lithium hydroxide. China’s importance in the lithium market is increasing day-by-day and this insight looks at the current challenges facing the sector as it strives to follow the recent policy changes. High-level flowchart of lithium supply chain is given below: 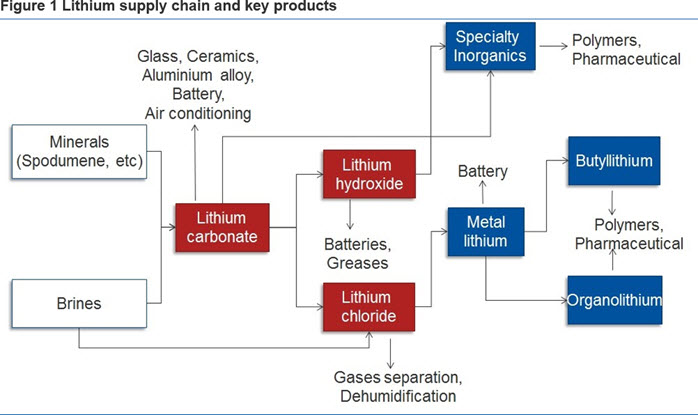 Impact of recent Chinese NEV policy
The key element of the new Chinese policy entails a quota for the production of NEVs, which includes Battery Electric Vehicles (BEVs), Plug in Hybrid Vehicles (PHEVs) and Fuel-Cell Vehicles (FCEVs). The quota will be enforced through a credit score system, where automakers will earn credits for producing NEVs. In 2019, local or foreign companies producing more than 30,000 cars annually must earn NEV credits equal to 10% of the vehicles they produce; increasing to 12% by 2020. Automakers failing to hit the targets will be compelled to buy credits from others that have excess credits, or be subject to penalties – CRU believes that these penalties will be sufficiently stringent to drive automakers to largely comply with the quota system. 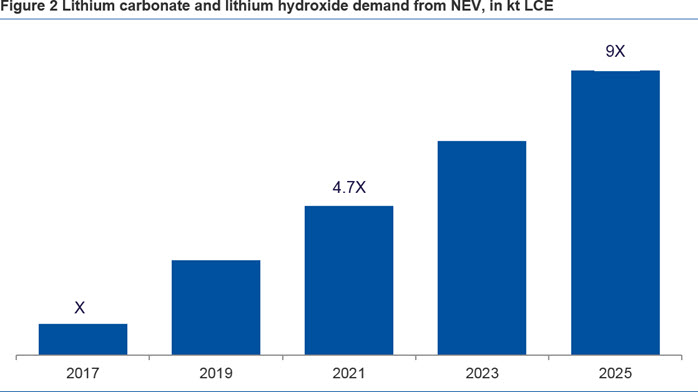 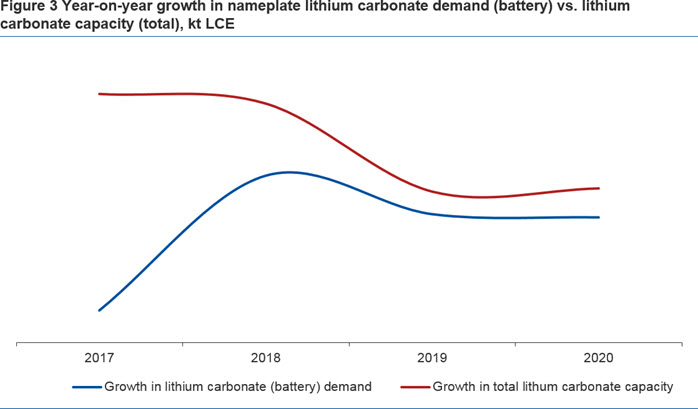 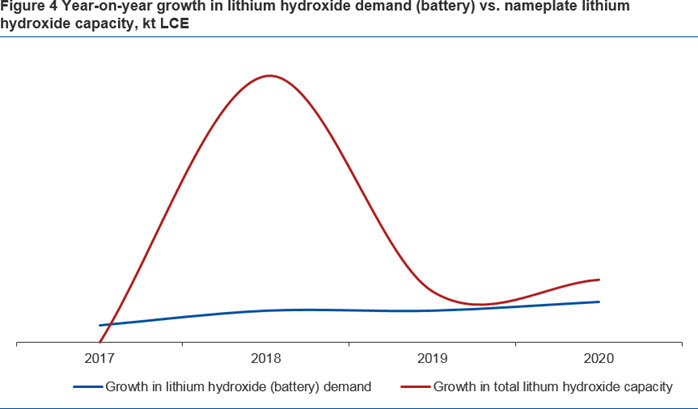 Development time mismatches lead to bottlenecks
There are a variety of potential bottlenecks along the lithium supply chain from raw materials to battery manufacturing and eventual end use in NEVs or other applications. Evidence for this comes from the supply deficit that has emerged and caused lithium hydroxide prices to increase sharply. Lead times and potential bottlenecks at each stage are described below: 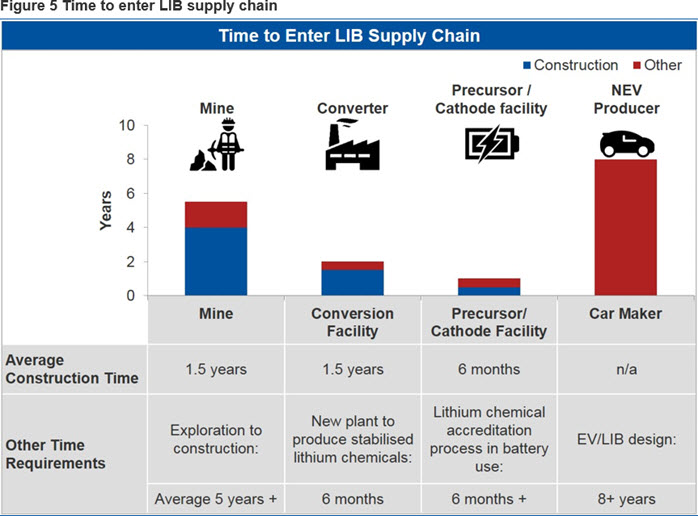 Typically, the NEV producers place orders for battery cells a year in advance and demand then trickles down to the cathode and lithium chemicals manufacturers. This is then the trigger for the upstream sectors of the supply chain to securing funding and commission capacity expansions.

While the time requirements for capacity building are not too mismatched, it is the time to reach the required product quality and get the products accredited in the supply chain that leads to mismatches in capacity during times of aggressive capacity ramp up and supports prices and premia even when at first sight mine capacity is sufficient to meet demand.

In conclusion, the supply chain for lithium is considerably more technically challenging than many other traded commodities CRU analyses. The number of completely new participants and unproven mines adds complexity. The interrelationship between the processing steps and the ongoing technological difficulties of processing variable raw material sources with their diverse chemical compositions is leading to delays in delivering quality product to the end consumers.

It is important to consider all stages of the supply chain to identify potential bottlenecks as both miners and NEV manufacturers strive to be able to meet policy mandated production targets.

Our team in China tracks development in NEV closely and its implications on lithium market. We believe enforcement of NEV policy will be the predominant factor to determine the lithium demand for next three to five-years timeframe. In addition, timely completion of processing facilities to match the growing demand will ease pressure on battery grade lithium compound supply. NEV producers have to be cognisant on potential bottlenecks in their supply chain and the risk to price volatility that this represents.