The impact of Donald Trump on US Economy and Aluminum Markets 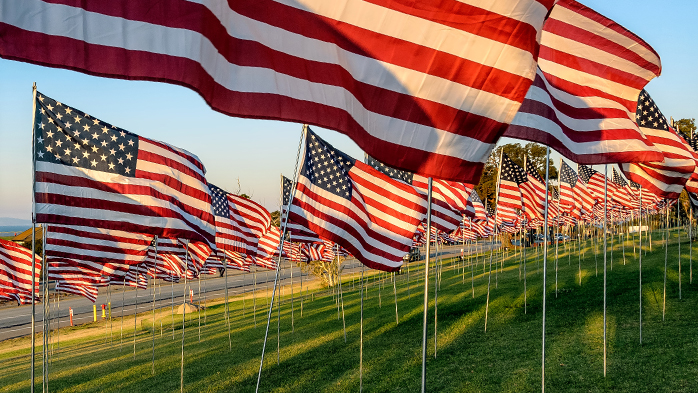 The election of Donald Trump as the 45th President of the USA has potentially major implications for the US economy and for global trade - both of which will impact the aluminum market greatly.


It is far too early to be sure what the outcome of this will be and to what extent the rhetoric of the US election translates into actual policy. However, as the market mulls the latest political upheaval, it is important to consider and assess some of the potential effects. Wall Street appears to have greeted the election with renewed optimism, based on the prospect that growth will be boosted, and a friendlier approach to the banking sector being adopted. It is uncertain whether that optimism is fulfilled. US aluminum market participants are determining the implications for specific markets from fiscal boosts or tax cuts, and how potential changes to environmental standards might impact the light metal. Others are mulling the impact on trade, especially for China and what that means for US manufacturing and for US consumers of aluminum and scrap. Although far from clear, CRU has assessed the possible impacts, with our thoughts detailed as follows.

To assess some of the potential impacts let's first outline the state of the US economy prior to the election and how US aluminum markets were faring.

This can be summed up as follows:

In summary, the US economy was exhibiting slow-growth with some pockets of strength but also major pockets of weakness. As a result aluminum demand growth has been slow, except in housing and where intensity of use gains really impact - such as auto body sheet.

So what will be the impact of the election on economic growth and thus the aluminum market?

As we assess the potential implications, it should be stressed that there are major caveats in the extrapolation of election rhetoric to policy, legislation, government action, and then results. Funnily enough, politicians are known to sometimes make promises that are not fulfilled (shocking discovery). The Trump campaign was unconventional and rhetoric was less clear and cogent than normal (and normal campaign rhetoric is not very cogent); hence it is less clear than normal what the Trump proposals will turn out to be. That is no surprise but it is also less clear how close the plans and policies of the leadership in Congress may match.

Notwithstanding the caveats, we can make the following extrapolations:

Major stimulus to economic growth is a clear goal of the new administration; this would be a net positive for aluminum consumption growth if it were achieved. However, what new administration hasn't had the intention of stimulating economic growth? Trump's stimulus depends on Keynesian-type fiscal stimulus, which brings with it the risks of tighter monetary policy and higher inflation rates.

Of course one of the major thrusts during the campaign was a much more aggressive approach to trade. In terms of the rhetoric during that campaign, this would potentially include:

The USA imports significant volumes of aluminium foil and sheet and plate from China, including a small but growing tonnage of can stock. Tariffs or duties that curbed or halted such imports would have a huge implication for the US rolled products sector. At the same time, consumers could be faced, at least in the short-term, with escalating prices and perhaps in the case of foil shortages of supply and suppliers. A tougher trade stance could also impact scrap exports, especially as China is the largest importer of US scrap. Moreover, an aggressive attitude on trade could backfire and trade wars could begin.

A further risk surrounds what we call execution risk. Implementing many of the fiscal programs, plus financial reform, plus new trade deals will be very demanding. Getting the legislation through Congress will be onerous and may be time-consuming and there is significant risk of error in the design and implementation of the policies so that goals are not achieved.

Increased fiscal spending can also bring other economic risk. Monetary policy is already set to tighten with interest rate hikes slated for late 2016 and into 2017. Tighter monetary policy will in itself offset a portion of the fiscal stimulus. If inflation is stoked by looser fiscal policy, the monetary policy could be more significant. Currency remains a downside risk too; as interest rates rise the US dollar should strengthen, which will further reduce US competiveness in international markets.

In summary-the strong pro-growth agenda of the new Administration has generated significant optimism on the potential for growth in the US economy (and thus for aluminum demand) in some quarters, especially on Wall Street. However, significant risks remain and "the devil is in the detail". If implemented successfully, and without provoking counter-productive trade actions from countries such as China, there could be a net positive for aluminum demand; but the road ahead is likely to be a bumpy one.