Trump in the White House: What is the impact on the US steel industry? 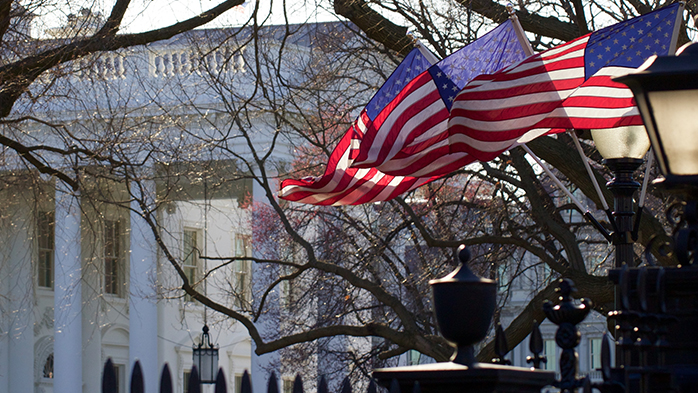 
Domestic producers may further benefit from even more stringent trade policy, applied in particular to Chinese-origin steel. However, we are treating all these as risks at this time. One identified downside risk is the renegotiation of NAFTA which may see reduced future investment in the US by automakers, and therefore their suppliers.

Identification of such risks specific to the steel market and industry, on the up- and downside, are the first essential step in working through the implications of the Trump victory for all in the steel supply chain - in the US and amongst major trading partners. This Insight explores these and, given that the stakes are as high in the steel market as in the political arena, provides and essential opening into our ongoing analysis on this subject.

As the presidential election in the USA has (finally) ended, a good portion of the population, as well as the media, was surprised by not only the victory by Donald Trump, but also the Republican majority of both the House and the Senate. Attention has now been directed to what this means for the steel industry.

In this brief think piece, our view is that change is coming and uncertainty has shifted away from which candidate will become president and towards distinguishing between the campaign promises that move forward and the ones which were simply rhetoric. Trade policies and infrastructure plans are the case in point. In trade policies, a renewed NAFTA that is more beneficial to US-based manufacturers could drive steel demand higher, yet will this come at the expense of economic growth. Infrastructure spending, on the other hand, will be more supportive of longs products, yet this plan remains precariously short on details.

In terms of economic growth, CRU has published an insight titled "Shock and awe as US elects President Trump". This insight can be found here and it was written by Lisa Morrison in CRU's economics group.

The short answer: change is coming, but major unknowns remain
Initially, as Trump was progressing through the primaries, views emerged that a President Trump would be much like Arnold Schwarzenegger as Governor of California: a lot of big ideas, but someone who would then face political gridlock that would stymie any true uncompromised actions. This is due to the fact that both Trump and Schwarzenegger were political outsiders. As such, they don't have the political will, infrastructure or relationships required to navigate through the political process of enacting change. However, voters not only made Trump their president, but they also voted in a Republican majority in both the House and Senate, which looks to be just as important as Trump winning the Presidency. This Republican triple crown is much like in Obama's first term, where a Democrat majority allowed the Affordable Care Act to be successfully passed into law.

President elect Trump will be inaugurated on January 20th. Until that time, recent communication by Trump and his transition team has been short of details and like his key personnel during the campaign, at risk of changing.

What are the expectations for domestic steel?
As far as equity market are concerned, expectations are positive as since the election, the value of domestic steel equities has increased dramatically. For example, in the five trading days since then, equities of AK Steel, Nucor, Steel Dynamics and US Steel gained 21% in total with their combined market capitalisation rising by $6 billion. Certainly some expectations have been built or there has been a lot of short covering.

Additionally, some views of steel equities have risen at an exponential rate very rapidly from prior price targets as expectations have been hoisted due to:

An infrastructure investment plan is generally something that the vast majority of Americans can get behind as deficient bridges, crowded roads, inefficient water ways and railroads can negatively affect both consumers and businesses alike. This plan, if approved, will take time to enact and CRU believes that it is unlikely to see much if anything until 2018. Assuming that this plan is additional investment (last year the US invested $265 billion in infrastructure), this $1 trillion ten year plan would be an increase of $100 billion annually over ten years. More details of this plan will be required before understanding just how much of this incremental spend will go towards steel products.

Trade policy is another area that will be beneficial to domestic producers. In fact Trump has floated the idea of a 45% duty on Chinese goods. Additionally, the Trump administration, which may include the former CEO of Nucor Dan DiMicco, will have some influence on trade case investigations. In our view, an across the board 45% duty on Chinese goods would not only go against World Trade Organization protocol, but it would drive inflation rapidly higher. A global response to illegal trade policies will be seen, much like what happened to the Section 201 case for steel products enacted in March 2002. These tariffs were scheduled to remain until 2005 but due to global pressure, they were withdrawn at the end of 2003.

One area that will affect the steel industry in the USA is the promise of President elect Trump to renegotiate NAFTA. While the president has the authority to end this trade agreement, doing so would be absolutely devastating to all of North America, the US included. This is because significant investments have been made across all of North America based on this 22 year old policy. Therefore, we expect that Trump will work closely with his counterparts in both Mexico and Canada to update this policy, for the benefit of all involved. One major stakeholder in this situation is the North American automakers, both domestic and the newly established foreign producers as well as steel producers such as Nucor who is building an automotive-related facility in Mexico. The ramifications of an updated NAFTA vary, though further study is required to understand which region has the most at stake. If manufacturers have moved from the US to Mexico to take advantage of cheaper labour, the risk is that they may be more likely to move on elsewhere rather than back to the USA if changes are enacted.

Lastly in this market, the Trump administration may be likely to assist the automotive industry in meeting the coming increase in CAFE standards by relaxing or extending the target. Doing so could inevitably benefit steel rather than aluminium producers as automakers would gain more time to test new steel products, though at the same time, delays would allow the aluminium supply chain time to grow in order to meet new demand.

In conclusion
In closing, the post-election honeymoon is about over for the Trump team and real plans will need to be both defined then enacted. For flat rolled sheet and plate products, our view was already, before the election result, that rebounding industrial growth will lead to rising underlying demand and that has already been seen, albeit slowly in 2016 Q3. More growth will come in 2017 and as demand rises, so too will the need for inventory building as inventories of sheet and plate products have fallen to dramatically low levels. This rising demand and inventory will drive prices higher. Due to the trade cases already completed and others in the works, gains will be higher for longer as competitive imports will be more limited now than in the past.

There is the potential for new growth, especially if Trump can 'nudge' manufacturers to move production back to the USA as well as raise the price of foreign goods. However, challenges to trade any changes in the trade policy will need to be addressed in order for the USA to comply with WTO regulations. Additionally, China's desire to be treated as a market economy will also become an upcoming issue that may fall to Trump and his administration. Trump will certainly have an impact there in how China's economy is treated and he is bold enough to call things as he sees them.