Will China’s recent NEV policies lead to a new industry being created in Australia? 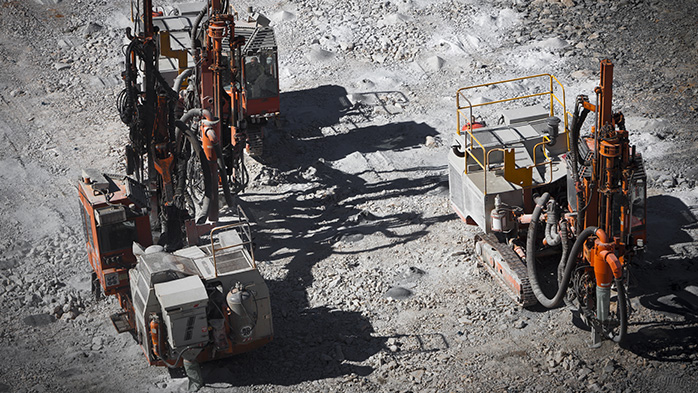 As China looks ahead to its future, Australia surveys the Li of the land.

This insight examines the implications of recent announcements by the Chinese government on the future of New Energy Vehicles (NEVs). The Chinese government has imposed a wide range of policies over the past couple of years to support the growth of the NEV industry and promoted national transition across from Internal Combustion Engines (ICEs). Such policies are largely driven by the Chinese government’s firm intention to tackle a range of issues including the social impact of pollution on the urban population, and reliance on imported foreign oil supplies.

Australian junior mine developers may be best placed to benefit from these policy movements in China.

The below figure illustrates the increasing frequency of China’s NEV policies over the past couple of years: 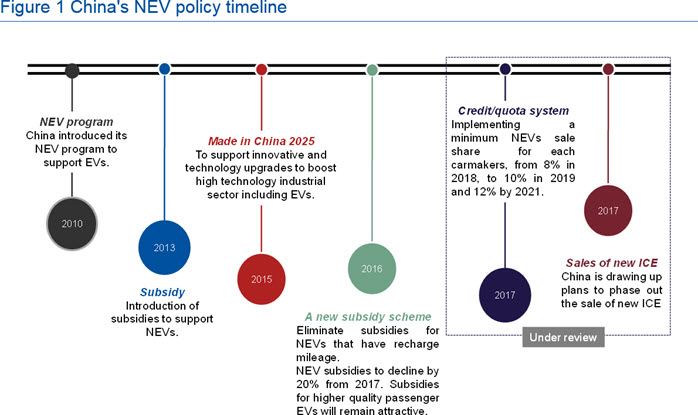 Recently, China’s Ministry of Industry and Information Technology (MIIT) announced that it is studying a timetable to phase out the sale of new ICEs. Countries including France, the United Kingdom and the Netherlands have already announced such plans and China is expected to follow this trend. France and the UK announced a ban on sales of ICE effective from 2040, the Netherlands imposed the ban from 2025, and India is expected to impose its own ban effective 2030.

CRU understands that the Chinese government is reviewing plans to implement a credit/quota system, under which each carmaker would have a mandated minimum NEV sales share of total vehicle sales. This is expected to start off at 8% in 2018, rising to 10% in 2019 and 12% by 2021. Overall, should these supporting mechanisms come into effect, it would have a significant impact on the future of NEVs and on the markets of their underlying commodities.

We anticipate that China’s ban on the production of new ICEs will come into effect from 2040 and that China must accelerate EV production several years in advance to meet demand. This will require building EV production capacity from circa 2025. To allow for normal corporate investment planning and implementation cycles, the impact of the ban on ICEs will have a significant impact from the early 2020’s onwards. The below figure extrapolates real historical data to provide an illustration of China’s car production by type under both the base and upside case scenarios:

Analysis of the base and upside scenarios has focused on the most highly sensitive metal components of EVs - Lithium, Cobalt, Nickel and Copper. Under the base case, we expect the combined incremental demand for these metals to equate to a manageable 4m tonnes by 2040. On the other hand, under the upside case scenario, we could expect additional demand to reach 4m tonnes by 2030, and to increase further to ~9m tonnes by 2040, requiring considerable incremental capacity.

Based solely on the above, our analysis of the upside scenario would suggest that copper demand would see the greatest absolute increase in demand followed by nickel, lithium and cobalt, respectively. However, it is crucial to take into consideration the relative size of each of these markets. Comparing just the incremental demand in China to current forecasts of the total annual global supply of each metal, then it could be represented as below:

This analysis changes the complexion of the story entirely, as it becomes clear that – as things stand - the small market sizes for lithium and cobalt are incapable of tolerating just the increased demand from China, let alone the rest of the world. By 2040, China’s demand for lithium and cobalt would be 758% and 130% of our current global supply forecasts, and the point at which China’s demand is greater than total forecast supply comes in just 2023 for lithium, and 2037 for cobalt.

Consumer-side technical solutions are already in development to alleviate the coming market shortfall in cobalt. Producers are likely to move away from NCM 333 and 523 cathodes to NCM 622 and 811 cathodes by the mid 2020s. This is mainly driven by perceived supply risk in cobalt; greater energy density of the new grade of batteries and lower cost of using nickel relative to cobalt.

Nevertheless, Figure 8 shows considerable tightness in the nickel market as well, which could limit its ability to absorb cobalt demand. CRU’s current forecast asserts that cobalt intensity per vehicle will remain broadly flat, as incremental demand for more powerful vehicles gets cancelled out by greater substitution with nickel; meanwhile, nickel intensity will rise out to the mid-2020s before technological advancements and thrifting flatten out the profile. If China’s new policy proposal goes ahead, the transition to low-Co NCM cathodes would likely accelerate and deepen, in line with cobalt supply tightness.

Copper appears comparatively unaffected, although an 8% uptick in demand would be warmly welcomed by producers of the metal. However, Figure 9 has assumed that all potential copper production by 2040 has come online; this includes a significant portion – 69% - from uncommitted mine production, where additional factors such as increasing governmental oversight might prevent this supply from ever coming online. Should some or all of this uncommitted production fail to materialise, then China’s increased demand could be as high as 27% of total supply. Another advantage of increasing copper production, particularly from the assets in the DRC, is that it would result in additional cobalt units coming to market.

By far the greatest concern remains around lithium with some commentators predicting deficits from as early as 2023. This is despite the fact that lithium producers have done remarkably well to keep the market in balance to-date, as the following table from our Lithium Market Outlook shows:

The current rate of mining has been dictated by historic markets before demand from the NEV sector began to occur. Supply has not been a constraint. Looking at lithium reserves gives additional confidence: CRU estimates that there are currently 76.5 million tonnes of Lithium Carbonate Equivalent reserves containing 14.4 million tonnes of lithium. Resources are estimated to be three times greater. Reserves of lithium are predominantly found in Chile, China and Australia. We expect that temporary deficits, brought on by Chinese and other governments’ pushes for the rapid adoption of EVs, will serve to raise the Lithium price and push a greater quantity of resources into economically-viable reserves supporting development decisions. Nevertheless, there is a limit to the speed and scale at which this can be effected due to the technical difficult of extracting lithium– so expect ongoing market volatility.

Australian lithium producers mine the crystalline mineral spodumene, for export to China where it is processed into lithium salt. Tianqi recently announced the construction of the Kwinana spodumene processing facility in Western Australia, which will process spodumene concentrate sourced from the nearby Greenbushes mine and export downstream lithium products to either its battery factories in China, or perhaps the proposed Gigafactories in Australia itself. Battery production ‘gigafactories’ are being considered in Darwin and Townsville. These would affect the lithium raw materials market significantly, as the spodumene mined in Western Australia and subsequently processed at Kwinana could then transported directly to Darwin and Townsville to be made into batteries – completing the production chain entirely within Australia.

Under the upside case scenario examined in this study, the future of Australian lithium projects becomes critical to the growth of EVs in China. Miners of course are highly sensitive to metal prices; but downstream processors also supplement their income from processing charges with the slight metal quantities recovered in excess of contractual recoveries, so they will also be exposed to the underlying metal prices. The envisioned higher future lithium prices will yield larger margins and profits at each stage of the processing chain, and will support development of local beneficiation in Australia.

For the time being, the debate continues as to whether Australian producers should invest in processing facilities and gigafactories, given the capital cost involved, or merely export the lithium as raw material. We have observed similar trends previously in other commodities such as iron ore – the trade-offs between investing in local beneficiation plants, which may have higher labour and energy costs, or exporting the raw materials to end use markets, meaning higher logistics costs and numerous, smaller plants. 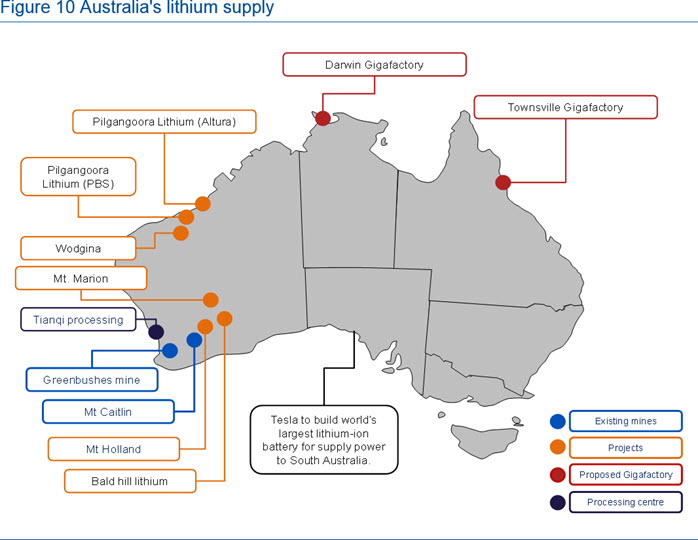 Perhaps in this market there will be different outcome. Should the two proposed Australian gigafactories come online, Australia could move from a spodumene exporter to one of the world’s foremost exporters of lithium-ion batteries.