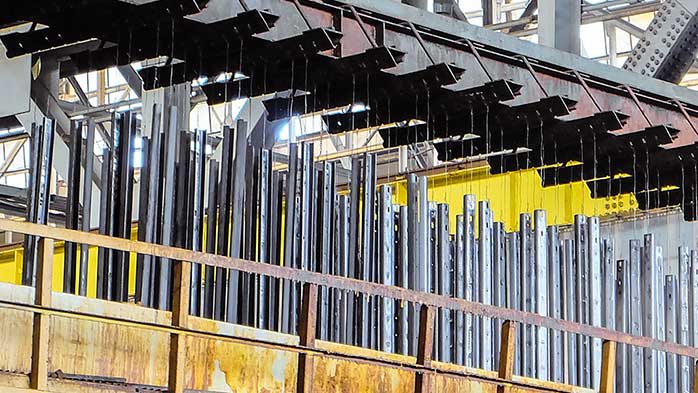 The recent imposition of a 25% import duty on steel products from Canada, Mexico and the EU has once again put trade disputes centre stage as the USA continues in its quest to ‘crack down’ on alleged trade abuse.


Following the USA’s commerce secretary finding that “steel mill articles are being imported into the United States in such quantities and under such circumstances as to threaten to impair the national security of the United States” this Insight considers the impact Trump’s latest tariff extensions will have in real terms.

Counterbalancing measures are being considered by all three on a range of US exports, with the EU having initiated a dispute settlement process via the World Trade Organisation and considering imposing preliminary safeguarding measures on steel imports to protect its markets from an influx of diverted metal from countries such as Taiwan, Vietnam and Turkey. Canada and Mexico are already embroiled in the lengthy renegotiation of NAFTA, the result of which has been pre-empted by these Section 232 tariffs, in part because the US administration was becoming impatient with the length of time the NAFTA talks were taking. The effect on the steel industry in these countries is already being felt, with some orders being changed or put on hold.

Exemptions or partial exemptions pared back to just four countries
Argentina, Australia, Brazil and South Korea are the only countries still allowed to export steel products to the USA. In the case of South Korea, a quota agreement was quickly reached which limits exports to 70% of its average annual shipments to the USA in the past three years. In terms of galvanised sheet, this means that South Korea is limited to exporting around 280,000t to the USA per year. This is an absolute quota, which cannot be exceeded even if 25% import duty were to be paid on any excess. Absolute quotas are also being applied to imports from Brazil and Argentina. Brazil has a hard quota of 70% of the average of 2015-2017 volumes and Argentina has a quota of 180,000 t/y, covering all steel products. As far as we know, Australia is the only country with a full exemption.

86% of the USA’s 2017 imports would now be subject to 25% duty
As the tariffs currently stand, around 86% of the USA’s 2017 galvanised sheet imports (3.3Mt of galvanised sheet, which we estimate is equivalent to almost 100,000t of zinc contained) would now be subject to a 25% tariff. Of course, this does not mean that the USA’s imports will collapse (as US prices rise, more imports are likely to become competitive even with the 25% duty), but it has bred a great deal of uncertainty for US businesses. Steel mills are generally supportive of the Section 232 tariffs and feel that they finally have an opportunity to compete domestically and in global markets again. However, not all US businesses have welcomed the tariffs as there are concerns that steel price inflation and higher prices to consumers will ultimately harm domestic manufacturers. Even if US galvanised sheet producers can quickly fill the gap in exports, there is a question mark over whether the quality and grade of these products will be suitable for all domestic fabricators.

NAFTA negotiations may give some relief to Canada and Mexico
The renegotiation of NAFTA may well result in exemptions or partial exemptions from the 25% tariff for Canadian and Mexican steel products.

Mexico is a net importer of galvanised sheet from the USA, which suggests that such a punitive tariff will do more harm than good. The USA’s automotive industry is inextricably linked with Mexican fabricators, and the USA exported almost 700,000t of galvanised sheet to Mexico in 2017 (around 20,000t zinc contained), against imports from Mexico of just 190,000t. Mexico’s galvanised sheet exports to the USA accounted for around 8% of total output in 2017.

The EU has appealed to the WTO
The EU is also a net exporter of galvanised sheet to the USA, and exported 246,000t (around 7,300t zinc contained) against imports from the USA of just 4,500t in 2017. This accounted for 8% of the EU’s galvanised sheet output in 2017 and, as mentioned earlier, the EU is also taking steps to try and prevent an influx of imports from the numerous other exporting countries which have been hit by the Section 232 tariffs.

Imports from Brazil and Argentina are subject to quotas
Brazil exported 320,000t of galvanised sheet to the USA last year (around 9,600t zinc contained) but exports fell by 45% year-on-year in January-April 2018, to just 51,000t. According to our Steel Sheet team, this is due to improving domestic demand and the decision by Brazil’s main exporter, CSN, to focus its sales effort on its local market. The absolute quota of 70% of the average of 2015-2017 imports being imposed on Brazil will limit annual exports to around the 2017 level of 320,000t. If US prices rise further, we could therefore see Brazil’s galvanised sheet exports pick up as the year progresses.

Argentina currently has no galvanised sheet trade with the USA. Its galvanised sheet output was just 800,000t last year and it was a net importer of almost 50,000t (exports were minimal). The 180,000 t/y quota covers all steel products and, as Argentina’s main steel exports to the USA are pipes and tubes, it seems unlikely that it will be able to start exporting galvanised sheet.

Australia is the only country with a full exemption, but its galvanised sheet output was a relatively modest 1.45Mt in 2017 and its exports to the USA were 50,000t (around one third of total exports).

How could US zinc demand be affected by the tariffs ?
The Section 232 tariffs will have an Inflationary effect on US galvanised sheet prices and, while this may encourage US producers to lift utilisation rates or restart idled capacity, it may also enable exports from some countries to become profitable even with the 25% duty.

An increase in galvanised sheet output in the USA will, of course, require additional zinc units and we hear that some steel makers have been making enquiries. It is not yet clear how quickly galvanisers may be able to act or, indeed, whether they can supply their local markets with the correct grades. It seems unlikely though that US galvanisers will make any decisions on investing in new capacity while trade negotiations are still ongoing – particularly in the case of Canada, by far the largest exporter of galvanised sheet to the USA.

However, it is likely that we will begin to see an uptick in zinc demand and that this will lift US premia. As with galvanised sheet, Canada is the biggest exporter of (duty free) refined zinc to the USA. Other countries which enjoy duty free status are Australia, S Korea, Mexico and Peru. An increase in premia could also make the USA an attractive destination for refined zinc from countries for which the 1.5% import duty is applicable, such as Spain, the Netherlands and India.