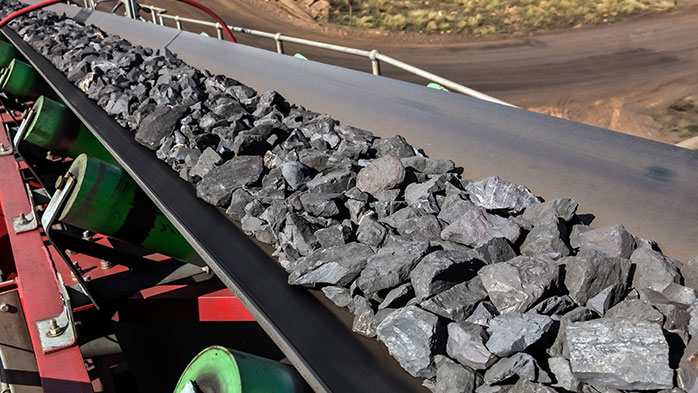 Manganese ore prices have experienced significant volatility over the past two years, reaching excessively high levels once again in 2018 Q1.  What was behind the latest rally and can it be repeated?


This insight references bi-weekly CRU assessed prices for Mn ore at Chinese ports, CIF China and for domestic silico-manganese to demonstrate market dynamics during the last 6 months and to draw conclusions about price direction in the near-term.

Ore started rising after the rally in Chinese SiMn prices in December…
Chinese silico-manganese prices lifted by 36% in December 2017, rising from RMB7,025 /t, DDP for 65% Mn to RMB9,550 /t, when the government of Ningxia province unexpectedly announced production restrictions on environmental grounds. The province accounts for ~25% of China’s total silico-manganese production and, anticipating a shortage, producers in other provinces took the opportunity to ramp up production. However, production in Ningxia declined by only 21% m/m in December, as restrictions were less severe than anticipated and China’s total silico-manganese output fell by only 3% m/m.

Restrictions were lifted in early-2018 and, although still elevated, prices fell back to RMB8,450 /t in mid-January and stayed at that level through most of Q1, declining marginally to RMB8,200 /t by end-March.

As the chart below shows, the sharp increase in silico-manganese prices resulted in a significant improvement in margins for Chinese producers because manganese ore prices initially did not increase to the same extent. 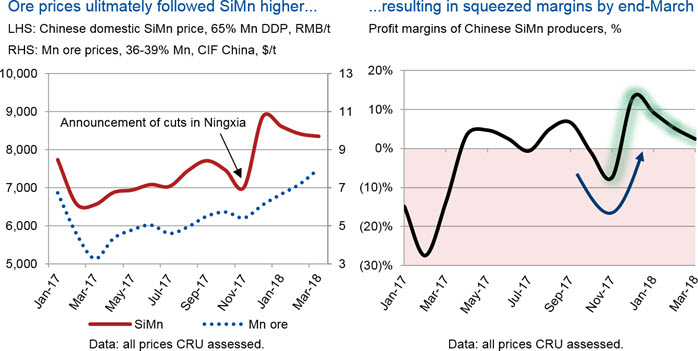 Improved profitability resulted in continued, very strong silico-manganese production through Q1, which increased by 17% q/q to the highest levels since end-2014. In turn, this drove demand for manganese ore higher and international manganese ore suppliers seized the opportunity to increase prices. Strong domestic demand was also reflected in low stock levels, which fell to just 1.7 Mt in February, but which subsequently recovered to ~2.3 Mt in March and 2.5 Mt in April.

…Chinese SiMn producers margins squeezed by end-March
While production of silico-manganese in China rose sharply in Q1, demand from the steel industry remained subdued, partly due to seasonal factors, but also due to the restrictions during the ‘heating season’. Consequently, by March, the market became oversupplied, with few transactions taking place, which began to put downwards pressure on silico-manganese prices. At the same time, high manganese ore prices squeezed the margins of Chinese producers to breakeven levels. In April, silico-manganese prices moved lower, to RMB7,950 /t, as mills held off from purchases despite the ‘heating season’ coming to an end, due to high inventories.

Weaker Chinese demand reflected in falling port prices
As the silico-manganese market weakened through March, Chinese demand for manganese ore also weakened and only a few deals were recorded. However, prices managed to hold at ~$8.0 /dmtu, CIF China for 36-39% Mn during the month. Further weakening of demand for manganese ore in April saw port stocks rise to 2.5 Mt and this resulted falling port prices. As the charts below show, port prices were the first to react to weakening demand and further show that international prices for 36-39% Mn need to move even lower than the current $7.4 /dmtu to return to parity with port prices. 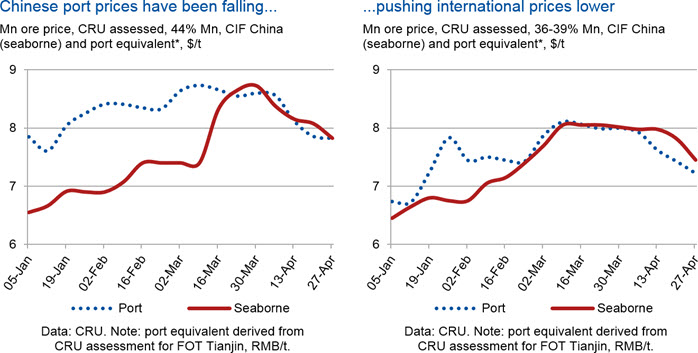 CRU price assessments for Mn ore and ferroalloys: prices that are trusted
In addition to the CRU’s bi-weekly price assessment for Mn ore, CIF China (36-38% and 44% Mn, CIF) – a trusted price index that has been used by market players for a number of years – CRU now provides bi-weekly assessments of Mn ore at Chinese ports (36-38% and 44% Mn, portside) and delivered India (36-39% and 44%, CIF). Further, since July 2017, CRU has also been providing assessments for Indian export prices for silico-manganese (65% and 60% Mn, FOB) and ferro-manganese (76% Mn, FOB).

CRU’s pricing service provides the most accurate and reflective prices used in contracts and spot negotiations worldwide. Our methodology is strictly transaction based, excluding all offers, bids and sentiment in our assessment, and this sets us apart – over 80% of the market trust and are using our service in their business operations. Our experienced pricing analysts engage all sections of the supply chain to produce a price that is fair, robust and transparent. If you are an active market participant and would like to use our prices or become a data provider as part of our assessment, please contact us via the form at the bottom of this Insight. 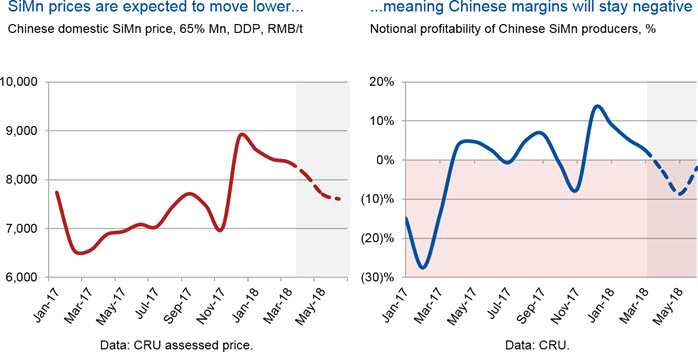 Firstly, steel demand in China picks up strongly in Q2, absorbing very large steel stocks and leading to a large ramp up in steel production in Q2 and Q3. As a result, steel mills absorb the current, large stocks of silico-manganese and silico-manganese production stays at levels similar to those in Q1. This drives demand for manganese ore and prices remain firm at ~$8.0 /dmtu for 36-39% Mn. Increasing capacity utilisation drives prices higher, but Chinese silico-manganese prices would have to jump to RMB9,500 /t for producers to make steady-state margins of ~5%. 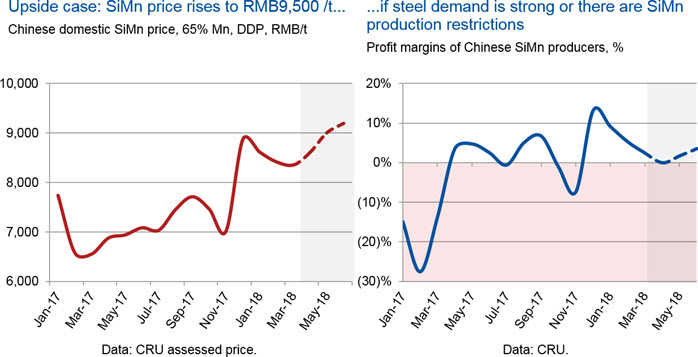 The second factor is a possible repeat of environmental production restrictions in Ningxia.  Environmental teams were sent to Ningxia in the second half of April but, so far, there have been no announcements of closures.  If production is restricted, it is likely that market sentiment will drive silico-manganese prices higher, as in December.  At first glance, lower silico-manganese production would result in lower demand for manganese ore and, thus, lower ore prices.  However, as was the case in December, unless production is restricted across China, then producers in other provinces will be able ramp up output to take advantage of uncertainty in the market – this will drive demand for ore.  Nevertheless, this scenario of higher prices could only be temporary as, eventually, supply fundamental would pressure prices lower again.