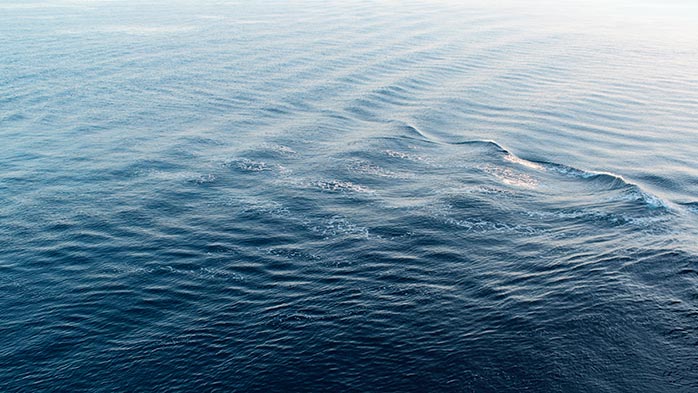 Stronger commodity prices and a new United Nations regulatory framework have resulted in an increased enthusiasm for undersea mining over the past year.


If proven feasible, undersea mining has the potential to completely transform the base metal market – especially for battery metals nickel and cobalt, which both have lingering supply concerns. However, many operational and processing challenges remain before undersea mining can begin.

Last week, CRU was invited to give an independent long-term market outlook for copper, nickel, cobalt and manganese at the 25th session of the United Nations International Seabed Authority in Kingston, Jamaica. These elements are the most common constituents of polymetallic nodules which make up the largest and most feasible undersea deposits currently being explored. This insight focuses on polymetallic nodule mining as it is currently believed to be the most feasible form of undersea mining in development.

Undersea mining drifts in and out of the spotlight
Despite only achieving large-scale prominence in the past decade, the concept of undersea mining has been explored for nearly half a century. Several nations funded exploration and research vessels in the 1970s and 1980s for the purpose of finding undersea deposits, as well as testing the feasibility of undersea mining. In one particularly famous case, the mission had very ulterior motives. The Glomar Explorer, a deep-sea drillship platform built in the early-1970s, was commissioned by Marine Development Inc with the declared purpose of extracting manganese nodules form the ocean floor. However, a later public disclosure revealed that the undersea mining story had been a cover for so-called “Project Azorian”, a CIA project tasked with the recovery of a sunk Soviet submarine from the bottom of the Pacific Ocean.

Spiralling research and development costs, combined with a general downturn in commodity prices, put a halt to most undersea mining funding in the 1980s. However, increased concerns around the long-term availability of technology metals – as well as the development of a new regulatory framework for undersea mining – has caused a revival of interest in the nascent sector in the past decade. 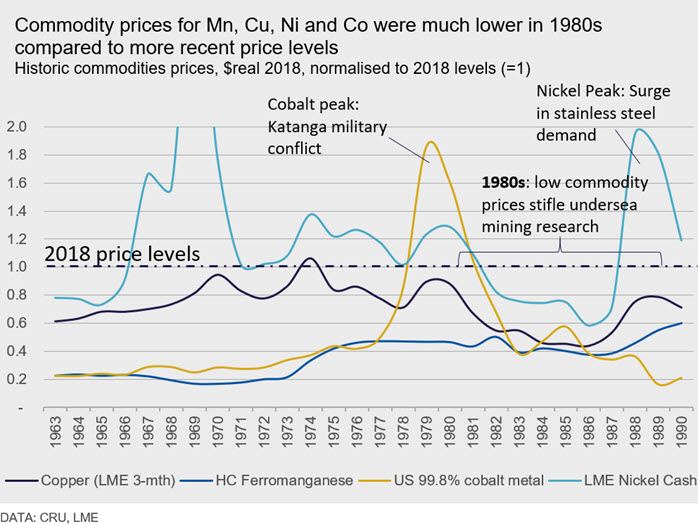 Undersea mining can be broadly split into three categories.

Polymetallic Manganese Nodules. Typically occurring at depths of 4,000-6,000m, these deposits consist of small nodules on the seabed with high concentrations of copper, manganese, nickel and cobalt. This type of deposits is experiencing the largest amount of interest at present, with many companies including DeepGreen, China Minmetals, GSR and many governmental bodies currently exploring these deposits. 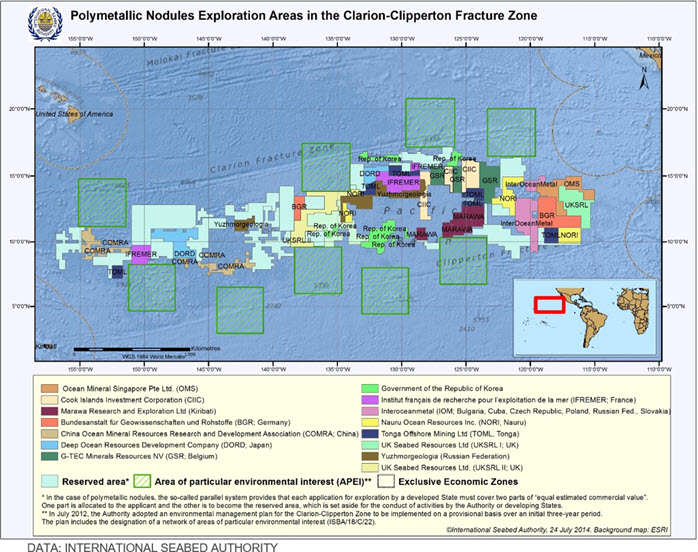 Seafloor Massive Sulphide Deposits. These occur at shallower depths of 1,000-3,000m in volcanically active areas of the ocean floor. Material is cut away from smoker chimneys (effectively small hydrothermal vents) which are formed from volcanic activity. Cobalt and manganese are the main materials extracted, as well as lead, zinc and small amounts of gold and silver. The main companies exploring these deposits are Nautilus and Neptune Minerals, although these operations have been plagued with environmental challenges in recent years.

Cobalt-rich Ferromanganese Crusts are formed by the precipitation of dissolved metals onto rocky surfaces on the seafloor over millions of years. The highest quality deposits occur at depths of 800-2,500m, although crusts can be found at a much wider range of depths. Cobalt is the main component, although small amounts of vanadium, molybdenum and platinum are also available. Exploration of these deposits is limited at present.

Mining is done using remote operated vehicles (ROVs) on the seabed, using either cutting or collection tools. Once ore has been extracted, it is transported to a surface ship using either a hydraulic suction system or a continuous bucket system. The nodules will then be processed onshore.

How do costs stack up against conventional mining?
Polymetallic nodules comprise ore grades which are similar or better in quality to deposits found in land mining. Nodules in the Clarion Clipperton Zone (CCZ), the world’s largest nodule region, typically have grades of 29% for manganese, 1.3% for nickel, 1.1% for copper and 0.2% for cobalt. However, undersea mining processes are theoretically much less complex than conventional land-based mining; nodule mining is simply a case of collecting the nodules off the seabed and transporting them to the surface, and does not require large-scale land stripping, crushing, milling and flotation processes. In addition to this, nodule mining theoretically produces minimal waste, meaning that tailings treatment and storage is not a concern. These factors mean that the cash costs associated with undersea mining would theoretically be very low, with some estimates suggesting that undersea mining would occupy the first quartile of the cash cost curve for manganese, copper and nickel. Some reports suggest that on a net of by-product basis, undersea mining would occupy the second-lowest position on the nickel cash cost curve, beaten only by Nornickel. 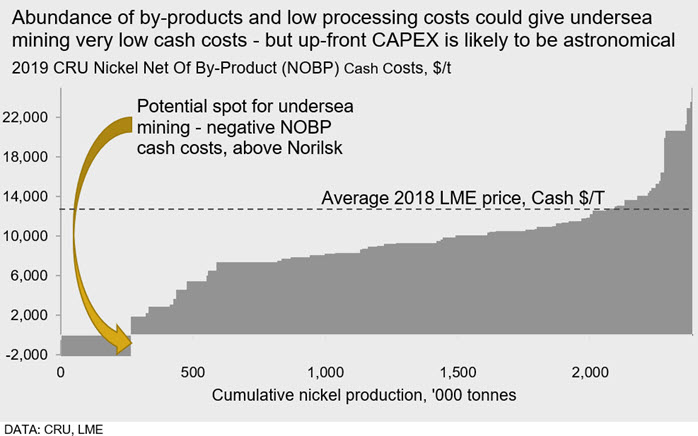 However, it is important to note that this is based upon a cash cost consideration. The feasibility of large-scale undersea mining remains largely unproven at present, and the CAPEX costs associated with R&D, specialised ship construction and the development of ROVs are difficult to quantify. The unproven nature of undersea mining is also likely to make lending very expensive compared to conventional mining, resulting in very high weighted-average cost of capital (WACC). Until mid-scale pilot operations begin, it is difficult to fully assess the economic production costs of undersea mining and therefore accurately place it on the cost curve for these commodities.

Another significant source of CAPEX for undersea mining will be mineral processing. The mixed composition of these nodules (manganese, copper, nickel and cobalt) is highly unconventional, and currently there are no established processing routes to bring these ores to a usable intermediate product. Any mining companies who are able to successfully extract large quantities of such nodules will also need to invest heavily in mineral processing in order to develop new processes to transform these nodules into marketable metal or intermediate products. Alternatively, they will have to accept very low material payables for the nodules from third parties, which could hinder profitability.

Long-term supply of nickel and cobalt remains uncertain
Demand for battery metals is forecast to grow at a staggering rate over the next decade in the wake of exponential growth from the electric vehicle sector. CRU expects that demand will cobalt will grow at a 2019-2030 CAGR of 13.4% to 524,000 tonnes by 2030, while class I nickel demand from batteries will increase nearly ten-fold between 2019 and 2030, reaching 1.1 Mt per year.​ 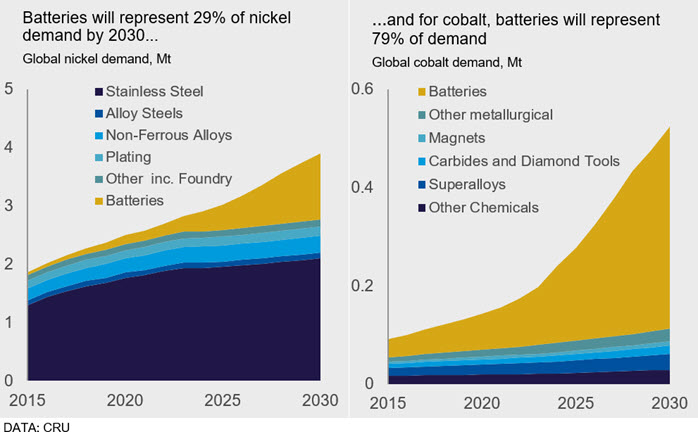 But long-term supply security of these elements remains uncertain, and cobalt and nickel both face a wide range of supply concerns. By 2020, CRU assesses that over 75% of the world’s cobalt will come from the DRC which faces a host of risks including resource nationalisation, traceability and infrastructural uncertainty. While several primary cobalt deposits exist worldwide, current price levels are insufficient to stimulate investment, and long-term cobalt supply will continue to hinge almost entirely on the DRC. 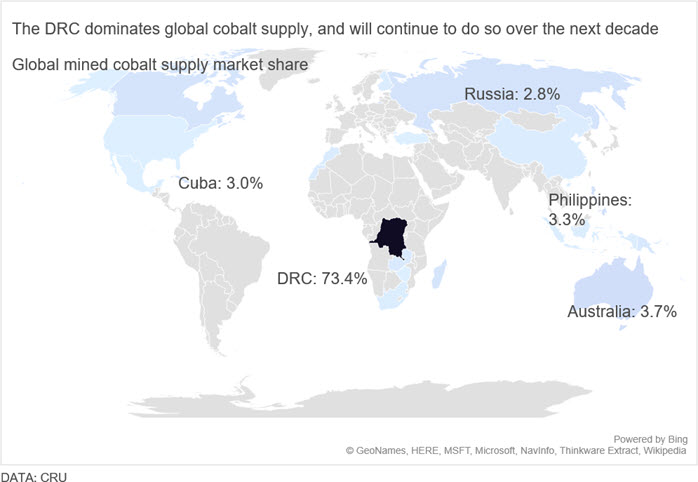 As for nickel, the issue isn’t necessarily quantity but quality. The vast majority of new nickel supply over the next decade is from laterite deposits, most of which are used for the manufacture of class II nickel pig iron (NPI) used in the stainless steel sector. While significant investment has been made into HPAL projects for the purpose of producing battery-grade nickel sulphate from laterite (with by-product cobalt), these projects are high-cost and CAPEX-intensive. CRU estimates that on average, HPAL projects have historically taken 3 years to ramp up to full production – and their production is typically only around 80% of their stated capacity. Significant investment in long-term nickel supply continues to be needed to keep the world well-supplied with class I units to 2030.

Undersea mining could help solve supply issues - but challenges linger
Initial studies suggest that vast resources of manganese, copper, nickel and cobalt exist across the Pacific Ocean and are particularly concentrated in the Clarion Clipperton Zone. While cash costs associated with undersea mining are generally expected to be very low, it is difficult to assess CAPEX requirements and therefore accurately position undersea mining on the business cost curve for copper, nickel and manganese.

Environmental and technical challenges abound, and further mid-scale pilot operations will need to be developed to assess the feasibility of this exciting new frontier in global metal supply. But if successful, undersea mining could become a key mechanism in supplying the world with the nickel and cobalt units required for the EV revolution, as well as injecting a significant amount of low-cost copper and manganese units into the base metals market.