India faces iron ore shortage with mine auctions on the horizon 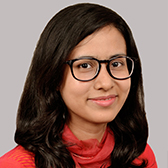 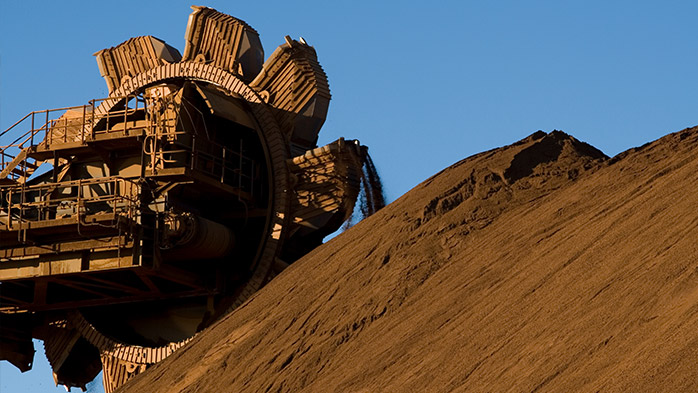 On 31 March 2020, the mining leases of mines totalling ~60 Mt/y of production will come up for auction. The majority of these mines are located in Odisha.


The state government there has set out a 9-month schedule, from July 2019, for completing the auction process. However, we believe that this schedule is too ambitious and that mine restarts after the transfer of leases to the new owners will not occur for at least three to four months after the 31 March 2020 cut-off date. As a result, the current oversupply of ore in India will switch to undersupply and imports will be required. This Insight explores the mine auction process and sets out why we believe mine restarts will be delayed.

India is self-sufficient for iron ore
India is the world’s fourth largest iron ore producing country after Australia, Brazil and China with an annual production of ~210 Mt. There are five major iron ore producing states in India. Amongst them, Odisha produces the most, contributing ~52% to total production. The state produces mostly medium-grade material (i.e. ~62.5% Fe) that is consumed domestically and some low-grade material that is either stockpiled or exported. The other iron ore producing states are Chhattisgarh, Karnataka, Jharkhand and Goa. In Goa, most of the iron ore produced (~20 Mt) is of low-grade and exported, but the Supreme Court has cancelled all mining leases here since 2018 for environmental reasons. 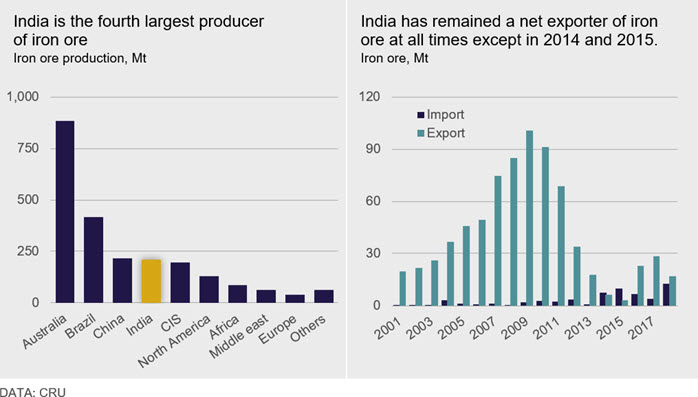 India is broadly self-sufficient in iron ore, as indicated in the second graph above, which shows that imports are minor compared with exports. However, this situation is likely to change, at least temporarily, owing to the iron ore mine auctions for the renewal of mining leases in 2020 in the key producing state of Odisha. Our view is that production in Odisha will certainly be impacted by these auctions and India will have to import more iron ore while the auction process is completed.

Indian market oversupplied in 2019
Since the mining leases of major iron ore miners in the country are set to expire on 31 March 2020, merchant miners in Odisha, which has the large majority of expiring leases, have ramped up iron ore production to maximise output in this fiscal year―the last fiscal year under current ownership. Despite the domestic market being oversupplied and the international iron ore market being undersupplied and trading at over $100 /t, Indian iron ore exports remain relatively low due to the 30% export duty that is imposed on ore of 58% Fe and above. In contrast, there is no duty imposed on exports of low-grade ore and pellets and these exports have shown some response in the current market.

Although currently oversupplied, following the auctions, we expect undersupply by 2020 Q2 when mine restarts under new owners will be delayed due to lengthy statutory approvals for forest/environment clearances, permissions from pollution control boards, mining plans etc. This undersupply is likely to last for at least three to four months.

Why are existing leases up for auction?
The Mine and Minerals Development and Regulation Act (MMDR), which governs the mineral sector in India was amended by the government in 2015 in order to bring transparency and remove discretion in the allotment of mine leases. Under the amended act, the government has made it compulsory to grant mining leases through auctions, instead of simply being renewed each time the lease lapses. Consequently, those leases that have completed 50 years of life, are expiring on 31 March 2020. As per the government report, 253 iron ore mining leases will expire on this day, of which 33 are working leases. These 33 leases are currently contributing ~60 Mt of iron ore production, or approximately ~25% of total iron ore production in the country. As shown in the chart below, Odisha will witness lease expiry on a capacity of ~55 Mt/y, or ~50% of total mining capacity of the state. 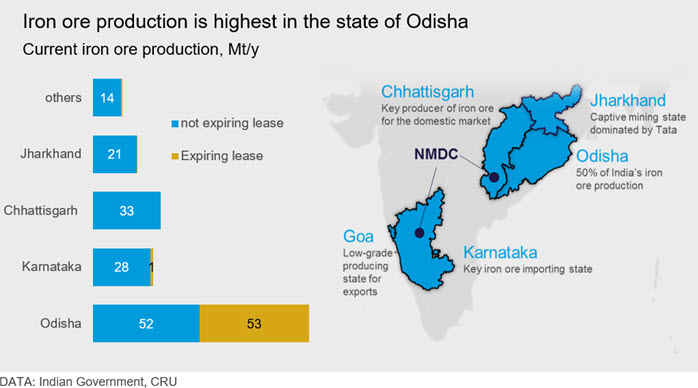 How are the auctions being conducted?
After the MMDR Amendment, miners were asked to submit a final mine closure plan exclusively for leases that would be expiring in 2020, along with a detailed exploration report of the mineral deposit with a high level of accuracy in estimation of reserves, grades, etc. This level of exploration is called G1 level exploration.

Since it was difficult to complete a G1 level exploration in the short time span given, the government amended Rule 12(4) of the Mineral Conservation and Development Rules in 2018 and allowed G2 level exploration. G2 exploration is only a general exploration with an indication of resource. Most miners have submitted their geological reports up to G2 level along with their final mine closure plans. Based on these reports, the Karnataka government has already issued the notification for 4 expiring mines, whereas the Odisha government notification is likely to be issued in July 2019.

Finally, the mine lease will be executed between the state government and the preferred bidder and the new lease holder will start mining operations. The government’s plan is to complete this auction process within nine months.

Delayed restarts will cause supply disruptions
With previous experiences of the transfer of forest and environment clearances and other statutory approvals, CRU expects that it will take at least three to four months more than the government schedule of nine months, from July 2019, to complete the auction process. That is, we expect that, as the mining leases expire on 31 March 2020, mines will remain non-operational for at least another three to four months, which will lead to supply disruption. As a result, we expect a supply shortfall of at least ~20 Mt from the auctioned mines.

To compensate for this loss, government-owned mines that are not affected by the auctioning, such as National Mineral Development Corporation (NMDC), Odisha Mining Corporation (OMC) and Mysore Minerals Limited (MML), will ramp up production. CRU expects 3 Mt of additional supply from these three miners during the shortfall period in 2020. This increase will not compensate for the overall loss of production.

The chart below shows the situation in 2018 when 7 mines in Odisha were temporarily suspended for a few months. This caused supply disruption and led to higher imports. CRU expects a similar situation in 2020 due to the delayed restart of auctioned operating mines. 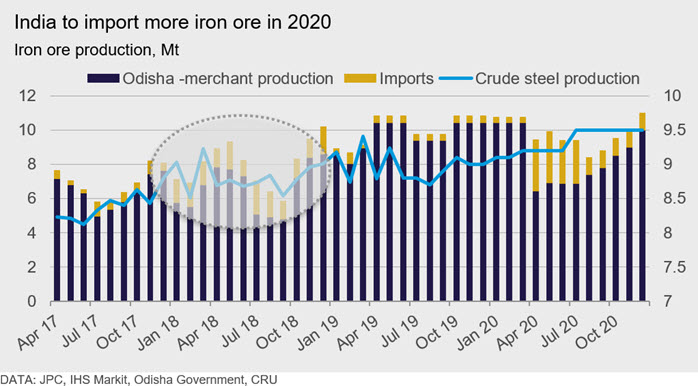