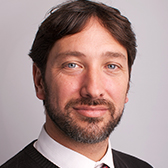 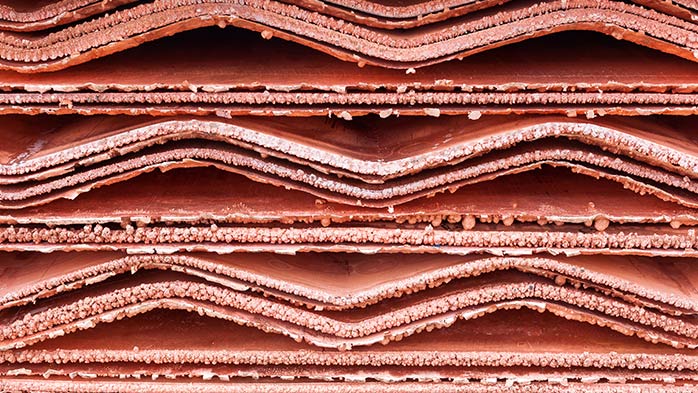 The 2022 copper TC/RC benchmark has reportedly been settled at $65/6.5¢ between Freeport McMoRan and Chinese smelters on 16 December. We understand that Jiangxi Copper first agreed at this level with Freeport, with other Chinese smelters following suit (China Copper, Jinchuan and Tongling Nonferrous).

This result is consistent with CRU’s forecast and reflects a copper concentrates market that is transitioning into a surplus in late-2021 and into 2022, as a wave of additional copper concentrates supply reaches the market, with new mines ramping up and new mining projects being commissioned. The delay of key smelter projects in China has also contributed to greater expected availability of concentrates next year.

Negotiations started in late-October, with both parties exchanging views of the market. By late-November, however, benchmark negotiations were rumoured to have stalled after Freeport reportedly offered a rollover and the Chinese negotiators countered with $70/7.0¢. The agreement on 16 December came slightly earlier than anticipated, and Antofagasta Minerals is expected to continue negotiations with Chinese smelters next week (week commencing 20 December).

Although market fundamentals, as estimated by CRU, point to a surplus in the concentrates market, several factors have increased short-term uncertainty and have somewhat blurred the picture for market participants, making an agreement between the parties more difficult to achieve, as discussed in the following sections.

Concentrates are not reaching their destinations

Smelters in north-western and northern China have seen the inflow of concentrates from Erdenet and Oyu Tolgoi restricted following announcements that imports through Erlianhot and Ganqimaodu ports were banned in response to the new Covid-19 variant, Omicron. Erlianhot port, a major import route for Erdenet concentrates, announced the cessation of raw material imports on 28 November and it is expected to remain closed until the end of December. Ganqimaodu closed on 25 November and reopened a few days later but still operated at low rate. 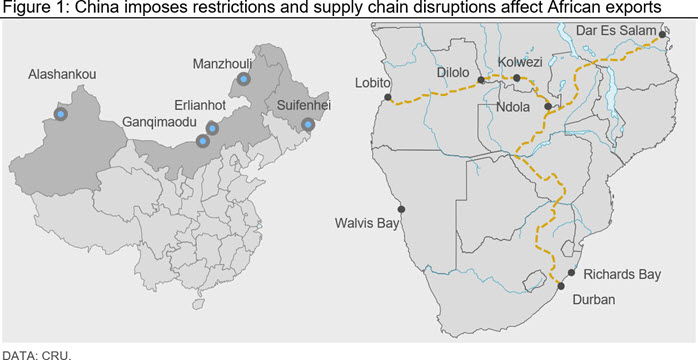 Supply chain disruptions in Africa continue to impact the export of copper cathode, copper blister, and also of copper concentrates. Kamoa-Kakula started operations in May 2021 and is expected to produce between 92,500 t and 100,000 t of copper in concentrates in 2021. As the concentrator plant ramps up, the mine is producing more concentrate than CNMC’s Lualaba Copper Smelter can process and is exporting its copper concentrates to international markets via to the Port of Durban in South Africa. However, logistical issues at the port mean that only a fraction of those concentrates have reached their destination.

Chinese ports have also suffered from congestion. However, the situation has improved in recent weeks. The slow offloading of concentrates at ports along the Yangtze River has gradually improved or back to normal.

Protests against Antamina by the Aquia community caused the mine to temporarily stop operations in November. The Aquia community, located 60 kilometres from Antamina, blocked a key road to the mine, forcing the mine to stop operations between 31 October and 12 November. On 16 December, MMG announced that ongoing dialogue with the Chumbivilcas communities has been unsuccessful, and the continuing roadblocks will force Las Bambas to stop operations on 18 December 2021. The mine has repeatedly been affected by roadblocks, which have disrupted shipments (stocks of copper in concentrates at the mine have reached 60,770 t) and occasionally production as well. On 14 December, Nexa Resources’ Cerro Lindo temporarily suspended operations due to a road blockade by a local community that started the previous week.

Social conflicts related to mining in Peru are becoming more frequent, more serious and are sprouting in areas far from the mining operations, which is a cause of concern for the industry. 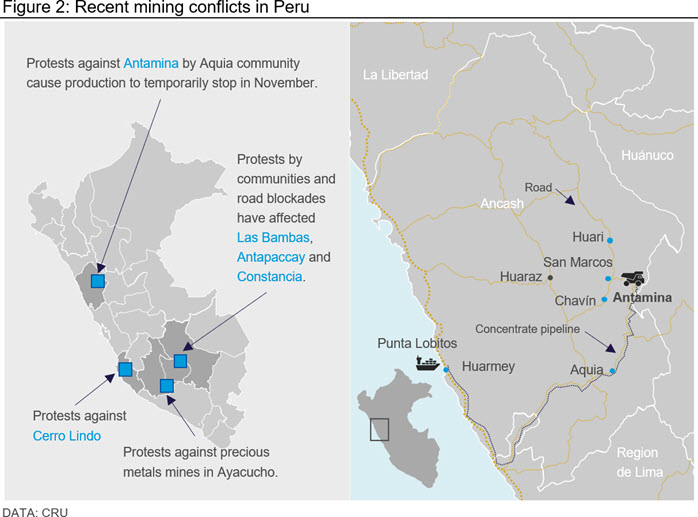 Antofagasta Minerals’ Los Pelambres is located in an area suffering a severe drought that now dates back 12 years. The company warned that 50,000 t of copper in concentrates production were at risk at Los Pelambres in H1 2022 because of the Chilean drought and lowered its 2022 production guidance as a consequence. Los Pelambres will complete construction of the first stage of a desalination plant to feed Los Pelambres with water in H2 2022. In 2019, Anglo American’s Los Bronces production was affected by water scarcity, and Codelco’s El Teniente was forced to take preventive measures to avoid potential impacts.

In late-2019, Dongying Fangyuan smelter in Shandong province showed the first symptoms that its financial troubles were taking a turn for the worse. The smelter continued operating only one of its two furnaces, the older furnace with 100,000 t/y capacity, idling the larger 300,000 t/y furnace until recently. The smelter started putting concentrate feed into its 300,000 t/y line on 31 October 2021, but uncertainty about its future production levels remain.

There is also considerable uncertainty about the immediate future of Asarco’s Hayden smelter in Arizona, USA. Operations at the smelter stopped in late-2019 due to a strike and have not resumed since then.  Although the safest assumption seems to be that the smelter will remain closed in the foreseeable future, a resolution to the conflict cannot be ruled out.

Paranapanema’s Dias D’Avila smelter in Brazil has also faced financial issue and has been underperforming in recent years. 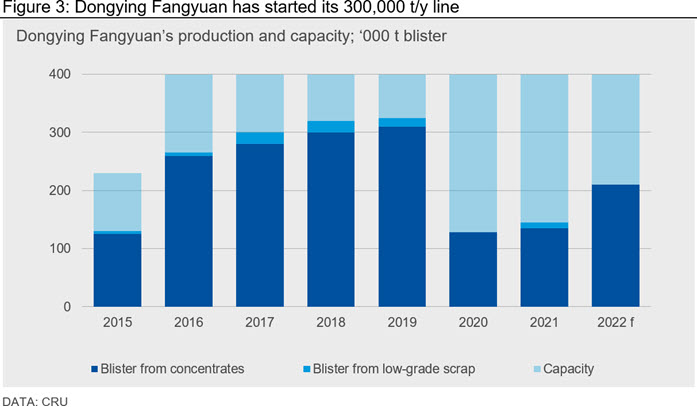 Power restrictions, a cold winter, and the Winter Olympics

Power restrictions were imposed in many provinces in China in August, partly due to the shortage of power supply and partly due to the carbon emission control. The NDRC implemented revised energy consumption warnings in August. Provinces with the most severe restrictions include Yunnan, Guangxi, Zhejiang, and Jiangsu, where local smelter-refiners were affected to conduct curtailments. However, the impacts were more significant for refineries and the impacts on the operation of copper smelters has been more limited, partly because integrated smelter-refineries prioritized the more profitable smelting business, and partly because some of the restriction affected stand-alone refineries.

Power supply controls started to ease by mid-November, thanks to an improvement in the supply of thermal coal and, consequently, of power. However, despite the improved conditions, there are still concerns over a colder than normal Chinese winter.

There is also concern that smelters near Beijing will be required by authorities to curtail production in February next year to reduce pollution during the Winter Olympics. Most of our contacts in the industry had not been required by authorities to shut down or curtail production, although one smelter reported that it had received verbal notice that it would be required to stop operations for 40-50 days from late-January 2022 to mid-March 2022, for good air quality during the Winter Olympic Games, but it was not clear if the decision was final.

Fluorine content in copper concentrates became an issue in 2020, when Freeport’s Grasberg mine in Indonesia, the second largest copper mine in the world, started experiencing elevated levels of the deleterious element in its concentrates. Grasberg historically produced concentrates containing around 200 ppm fluorine, which is below the 300 ppm level where penalties normally start. However, we fluorine levels have increased to 700 ppm to above 1,000 ppm. As Grasberg material is a base feed for many smelters, this is problematic and has an impact on the concentrates market. This year, blending operations in Malaysia and Taiwan, China have seen a significant uplift in activity due to increased tonnages of higher fluorine material from Grasberg.

Already in 2020, market participant speculated that the increased availability of complex concentrates could have an impact on TC/RCs and on the benchmark negotiations. The same argument was made prior to the negotiations this year.

Apart from Grasberg, more production of high-fluorine concentrates is expected from Ok Tedi and Salobo. In addition, the commissioning of Zijin Mining’s Timok in Serbia, and Chinalco’s Toromocho Expansion will cause an increase in the availability of complex concentrates.

What to expect in the spot market?

The spot market has been relatively quiet in recent months, with fewer deals for clean concentrates being concluded than earlier in the year on average. Although spot terms in China recovered rapidly from the extreme lows earlier in the year, when a minimum of just $30/3.0¢ was registered in March and April, they have remained rangebound in China in the low-to-mid $60/6.0¢’s during the last three months. The estimated copper-in-concentrates surplus should provide upside momentum in TC/RC’s, but the logistical challenges are likely to cause problems for smelters as shipments continue to be delayed and some tightening could precede the eventual but unavoidable loosening of the concentrates market. On the other hand, some of our contacts in the industry argue that smelters have already booked enough materials through long-term contracts as they have sought to increase the ratio of long-term contracts to spot purchases, having learnt from the experience of Q1 2021 when the spot market was extremely tight.