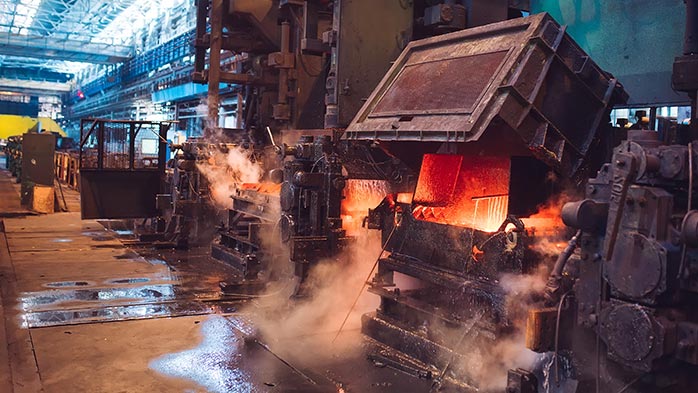 Policy aimed at reducing pollution in Tangshan, Hebei province, has started to restrict hot metal supply and lift steel prices in China. This Insight summarises the policy, assesses the immediate impact of the measures and explores potential implications on China’s crude steel production in 2021.


CRU expects that up to nearly 30 Mt of Tangshan-based production will be curbed as a result of the policy. There are limits on steelmakers elsewhere to compensate for this loss of output, which means the restrictions will tighten steel markets, supporting margins and prices. As mills increase efficiency of output, higher grade iron ore will be in demand.

Tangshan policy will cut output by up to 31 Mt

Tangshan is China’s largest steel-producing city with production of 144 Mt in 2020, equal to 13.7% of China’s total production. Tangshan city government has ordered local steel mills to reduce output to reduce emissions. Seven local mills, with a total capacity of 29 Mt, will need to cut capacity by 50% in Q2 and 30% in Q3 and Q4 due to emission results not meeting the required standards. Except for two mills, namely Shougang Jingtang and Qian’an, the rest of capacity in the city will need to cut capacity by 30% in Q2–Q4. The two mills exempted from the policy can produce as normal because of excellent emission control measures.

CRU’s initial assessment indicates that hot metal capacity will be reduced by a total of up to 39 Mt over the balance of 2021, indicating output will be reduced by 31 Mt assuming a capacity utilisation rate of 80% in Tangshan. As production will also be restricted at company assets that remain operational, we do not expect utilisation of these will rise to compensate for assets idled by the restrictions.

While there is the potential for production cuts in Tangshan to be offset by production elsewhere, CRU believes there are two key factors that will limit this:

Although the significant recovery of mill profitability should incentivise production to rise outside Tangshan and offset cuts there, this will be restricted by already capacity utilisation rates in these regions. Capacity utilisation rates have reached 91% for east, northeast, central and south Chinese mills. In addition, CRU expects emission measures similar to those in Tangshan will be enacted in other areas. This is because the Ministry of Ecology and Environment (MEE) has recently started another round of environmental checks in eight provinces, namely Shanxi, Liaoning, Anhui, Jiangxi, Henan, Hunan, Guangxi and Yunnan. This indicates production increases from these provinces will be limited, because only steel mills that strictly follow the ultra-low emission standards and have received excellent emission results will be exempted from capacity restrictions.

China’s capacity swap programme has been a key policy to incentivise the transition from BOF-based to EAF-based capacity in China and has resulted in an expansion in the capacity of the latter. ‘Green’ steel production has become one of the key objectives for China in the light of targets being set for a peak in carbon emissions and carbon neutrality over the next five years. While increased EAF capacity should lead to an increase in EAF production that could offset part of the impact from the Tangshan cut on hot metal, constrained scrap supply will limit the ability of producers to do so. Even though China is now able to import scrap, quality restrictions mean that volumes will remain very small and will not offset domestic tightness. This is not to say we do not expect EAF production to increase, we do, though it will not offset the whole of the Tangshan cuts.

The Tangshan policy has now restricted domestic slab supply, causing sheet prices to rise. While demand is seasonally stronger, the effect of the policy is to skew CRU’s sheet price forecast to the upside in the short term given the tighter market conditions it causes.

Although the ability of EAF producers to increase output will be constrained, production is expected to rise. Consequently, as steel mills maximise production, this will increase scrap demand in both BOFs and EAFs. Therefore, scrap prices will continue to be supported at high levels. Meanwhile, as hot metal production is restricted in Tangshan and increases elsewhere constrained, iron ore demand may fall in the northern parts of the country. However, as CRU has observed in the past, higher steel margins incentivise mills to build iron ore stocks despite restricted production levels. Another impact on raw materials will be that steelmakers that run their BFs at very high rates will require higher-quality raw materials, including pellets, higher-grade fines material ore and premium quality coking coal.

The cuts in context: steel production will fall in 2021

Despite the policy for production cuts being announced between our forecast editions, we have lifted our outlook for steel output in 2021. This is because we have raised our steel demand forecast for the year, due to stronger underlying domestic demand and better-than-expected exports of steel-containing goods. On the supply side, upgrades in both BOF and EAF production have contributed to an increase of 9 Mt in crude steel output in 2021 compared to our last forecast. We are now expecting China to produce 1,046 Mt of carbon crude steel in 2021, which is still 5 Mt (0.4%) lower than 2020. We expect the decline to come from a fall in BOF production caused by the Tangshan cuts and a stricter capacity swap programme for BF/BOF routes. We still expect China’s EAF production to rise in 2021, but tight scrap supply means the increase will not be enough to offset the losses from BF/BOF production.

We will continue to monitor the policy impact and market reactions. Please contact us if you need more help to understand China.