Chinese supply cuts: Is aluminium set to be the next coal? 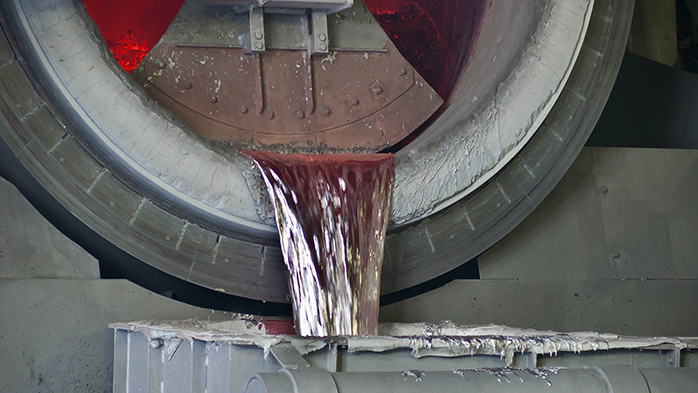 China surprised global commodities markets in 2016 with the 276 days per year coal policy, which was a state directed policy to reduce coal production. The market initially dismissed the policy, but was wrong-footed as the policy proved to be successful in reducing output.

Over the past fortnight there was been much discussion around policies being mooted in China that would see aluminium smelter closures. But this is not supply-side reform, as was the case in coal, but is all about reducing air pollution.

The Chinese Ministry of Environmental Protection (MEP) is consulting the Chinese aluminium industry on a proposed winter shutdown of 30% of aluminium smelting and 50% of alumina refining capacity in Shandong, Shanxi, Hebei and Henan from November to March. These provinces account for over 20% of global aluminium output.

CRU forecasts China will be in a surplus of 3Mt in 2017 before closures and 1.2Mt after these closures are implemented. Environmental closures could account for just over 0.5Mt, if indeed they occur, so these alone would not balance the Chinese market in 2017 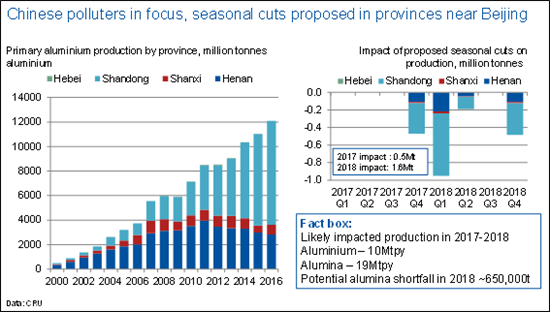 In the accompanying chart, we detail the impact from the environmental proposal, which is for 30% of approximately 10Mtpy of aluminium smelting capacity in these provinces to close from November to March each year. This would result in a 1.6Mt impact in 2018, the first full year of the policy. It would also make greenfield and brownfield expansions in Shanxi and Shandong less likely.

How the alumina policy plays out is also critical, as these provinces produce 75% of China's alumina and would starve smelters elsewhere of critical raw materials. Based on the initial policy, China would need to import an additional 650,000t of alumina in 2018 to meet demand from its smelters. This increase in imports is workable, but this would support global alumina prices in 2017 and beyond.

If the final policy is wide reaching and leads to constraints on power supply or carbon products supply, those hurdles could be impossible for Chinese aluminium smelters to overcome.

Will the environmental cuts happen?
Shandong, Shanxi and Henan produced 12Mt of aluminium in 2016, 38% of China's aluminium, and 21% of global production - or three times larger than total Russian output.

The MEP's actions are being pushed by central government which is focusing great effort on reducing air pollution, in the run up to the Chinese Communist Party Congress due later this year. As we are seeing elsewhere in the world, politics can trump economics. Environmental closures are looking increasingly likely in China this year, however, the initial proposal is manageable and will not lead to a coal like price rally.