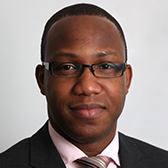 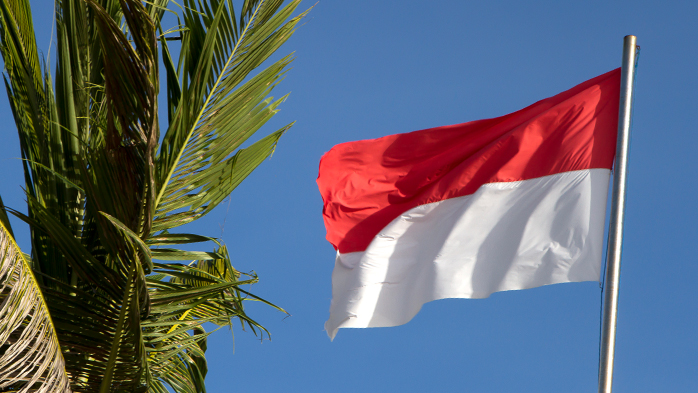 After many months of uncertainty, the Indonesian government has announced an easing of the nickel ore ban, which was introduced back in 2014.

We believe that the announcement has the following implications:

The Ruling
On January 12, 2017, Indonesia introduced new mining regulations that allow the export of low grade nickel ore - defined as having <1.7% nickel content - once certain conditions have been met.

As we understand it, the regulations stipulate the following:

Implications for further investment in NPI capacity
The relaxation of the ore ban comes as a surprise as the policy itself has been successful. Revenue from ore exports at their peak in 2013 is reported to be around $1.7bn. To achieve the same level of revenue, at a nickel price of $10,000/t, around 170,000 tpy of NPI production would have been required. Prior to the announcement our forecast for Indonesian NPI this year exceeded this level and we were expecting additional growth beyond 2017. However, the relaxation is likely to slow investment in additional capacity and we will explore this in more detail in our forthcoming Nickel Market Outlook, due to be published at the end of this month.

The ban was introduced to promote investment in Indonesia's downstream production capacity domestically. This strategy was finally starting to bear fruit. Since the ban was introduced there has been a raft of NPI (nickel pig iron) projects announced, some of which have already come on stream including:

Virtue Dragon is expected to commission its NPI project this year. The first phase was expected to have a capacity of 60,000 tpy but we understand that this could be scaled back to 30,000 tpy. This along with the commissioning of Tsingshan's expansion is expected to boost Indonesian NPI to 169,000 tonnes this year. However, at present it is hard to see companies looking to invest in additional NPI capacity in Indonesia and there is a greater risk surrounding the viability of blast furnace operations in the country. Our Nickel Cost Model estimates that the average Business cost at an average Indonesian blast furnace (BF) operation is around $16,000/t, which is twice the cost of an RKEF operation. 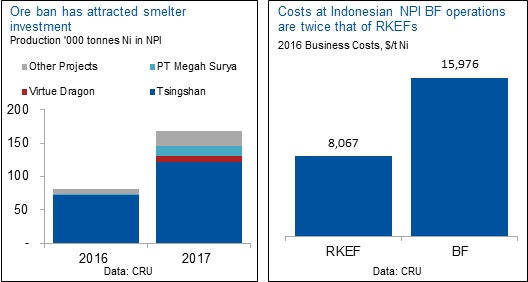 Implications for the ore price and costs at Chinese NPI producers
The relaxation of the ore ban will put downward pressure ore prices from current levels. At the time of writing, medium-grade nickel ore (1.5% nickel) was trading at RMB 380/t ($55/t). Additionally, the cost structure of Chinese RKEF producers is likely to be reduced.

In assessing the impact of the relaxed ore ban on NPI costs at Chinese RKEF operations, we consider an average operation in Jiangsu province using 1.5% nickel ore to produce 10% grade NPI. The Prices used in the base case are the average values for December 2016. We then determined costs under the following three scenarios:

The results of the scenarios are presented in the table below.

Under all scenarios considered, Chinese RKEF producers are likely to see a cost benefit from the relaxation of the Indonesian ore ban. Scenarios 1 and 2 show that costs would be lowered by around $970/t for every $10/t fall in the ore price. Meanwhile, in Scenario 3 the use of a higher grade ore (1.6%) would require paying a higher price relative to using 1.5% ore. Despite the higher ore price, costs would be lowered by around $200/t due to improvements in smelter efficiency by using a higher ore grade. Consequently, a lower production cost at Chinese NPI plants will also have a positive impact on Chinese stainless steel producers. Moreover, we could also see Chinese NPI production rising on the availability of additional ore.

Implications for Philippines and New Caledonia ore exports
Finally, one of the big questions at the moment is: how much ore will be exported annually? At present the answer to this question isn't clear as there are no references to an upper limit on annual ore export volumes. However prior to ban, China was the largest importer of Indonesian nickel ore. The Philippines became the main source for ore in the absence of Indonesia. However, now that the ban has been relaxed, we expect that China will once again be looking to secure material from Indonesia.

The relaxation of the Indonesian ore ban has meant that developments in the Philippines have taken a back seat for now. Moreover, there is a possibility of miners choosing to reduce exports again if nickel ore prices decline to levels seen in the early part of 2016.

A decline in nickel ore prices is also likely to weaken the economics of exporting ore from New Caledonia. At the end of December, the government of New Caledonia granted three companies the right to export nickel ore to China. Export permits have been granted to Societe Le Nickel (SLN), Groupe Ballande's Societe des Mines des Tontouta (SMT) and Societe Mai Kouaoua Mines (MKM), which will allow these mines to sell nickel ore totalling 1.95 million WMT annually to Chinese Customers. On a nickel content basis this equals around 17,000 tonnes. 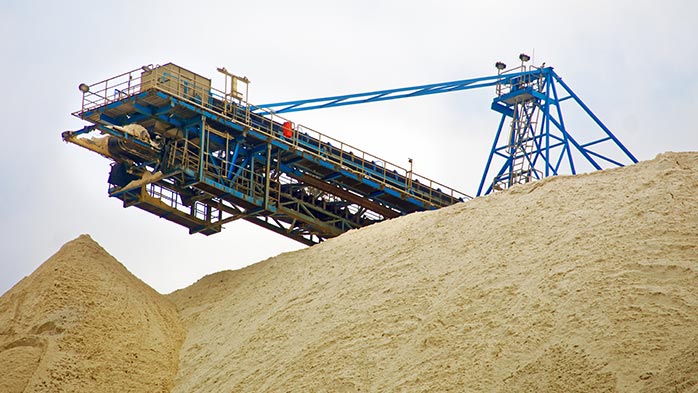 Watch: Market Roundup - The impact of the coronavirus on fertilizer markets

The fertilizer market has been hit hard by the COVID-19 outbreak, although the price reaction so far has been muted. This short market roundup, featuring Chris Lawson,...

Covid-19 is spreading through the auto industry 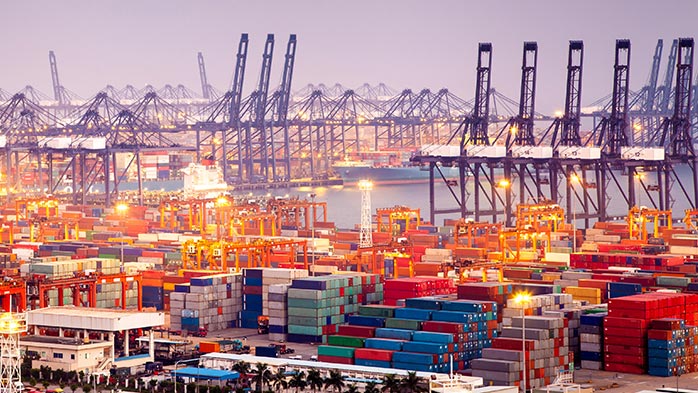 Coronavirus to cause protracted disruption to transport and labour 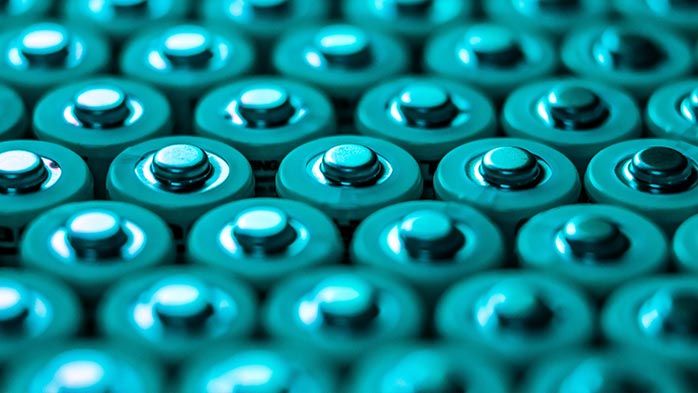