Is pig iron production in northern Brazil at an end? 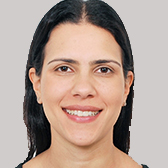 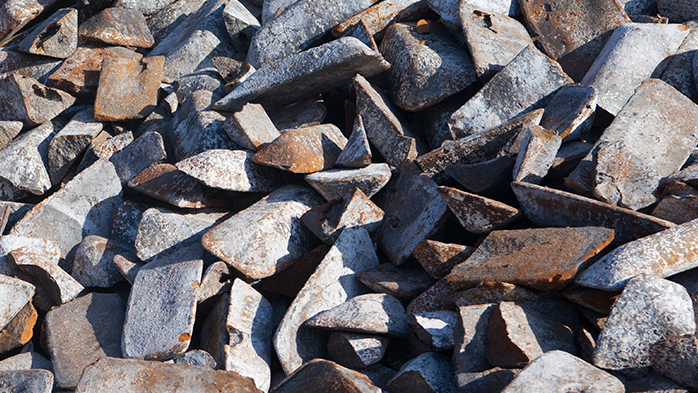 Quieiroz Galvão’s former blast furnaces have been closed by their new owners, but this does not spell the end of pig iron production in northern Brazil.


Back in 2016 Q4, Queiroz Galvão, the largest producer of pig iron in Northern Brazil, sold its assets to Suzano, a major Brazilian pulp and paper producer.  At that time, the destiny of Queiroz Galvão seven blast furnaces, with production capacity of 860 kt/y, was unknown.  What was known was that Suzano main interest was in the eucalyptus forests that were part of the pig iron production complex.

Querioz Galvão, a Brazilian industrial conglomerate, debuted in the merchant pig iron market in 1986, installing assets in the city of Açailândia, part of the Carajás iron ore pole in Northern Brazil.  The company expanded its presence in the pig iron market during the 2000’s, in a time when demand was promising and the company was looking to diversify its activities.  Since 2008, the pig iron production from Queiroz Galvão has been using purely charcoal as the reductant in the production process, which was generated from the company’s 45 thousand hectares of planted forest.

In a time of challenging pig iron markets, the forests, planted for the production of charcoal, caught Suzano’s attention.  In addition, Queiroz Galvão needs cash.  The company is embroiled in corruption scandals in Brazil and is looking to selling its non-core business in the effort to strengthen its debilitated finances.  All these factors together culminated in the $245 million deal between Queiroz Galvão and Suzano.  More recently, the fate of pig iron production at the former Queiroz Galvão assets was sealed.  At the beginning of March, the new owner of the assets started the process of laying-off all the employees related to the production of pig iron.  Around 2000 people will lose their jobs in the course of the 2017 H1.  This is not the first case of blast furnaces closures in the region, but is definitely the largest and greatest local impact.

From the five companies dedicated to the production of pig iron in Northern Brazil, the only company still operating today is Viena Siderúrgica, which has five blast furnaces with 500 kt/y capacity, and is currently operating three of these.  There were rumours that Suzano was also seeking to acquire Viena’s forests.  Though, the rumours dissipated after an official note from Viena Siderúrgica denying them.  The only deal between the two companies involves the exchange of wood qualities from their forests.

It is CRU’s view that production and exports of merchant pig iron in Northern Brazil will not disappear, however, volumes will be very limited and concentrated from only one producer.  Moreover, we believe south-eastern producers will take advantage of the supply gap and compensate for the volumes lost in the North, at least in part.  This already started to happen: in 2016, exports from the North represented only 39% of total exports, from 47% in 2015 and from a peak of 70% in 2012. 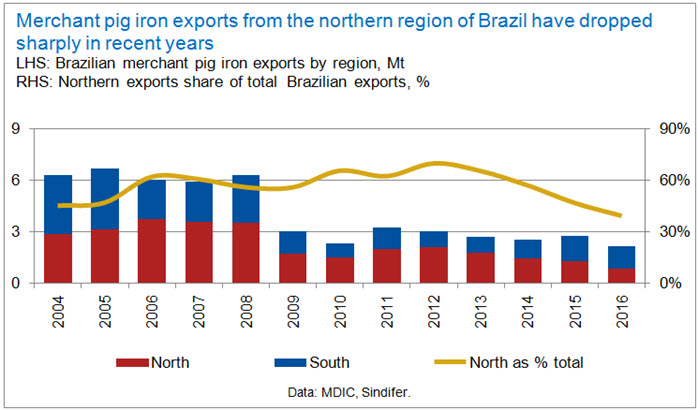