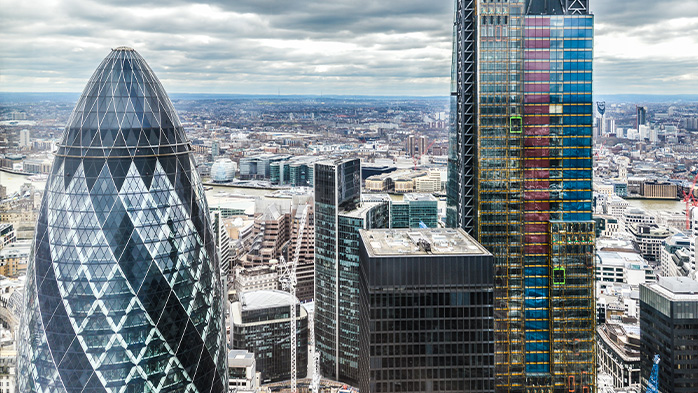 Following the discussion paper that was launched in April, and weeks of consultation, the LME announced its planned reforms when it set out its Strategic Pathway on Thursday 7 September.

Many feared dramatic changes would be announced, that the days of the daily prompt system was nearing an end, and that the LME would turn itself into a US style exchange with a monthly prompt structure. Instead, the daily prompt system will remain, and the LME will optimise the way it works rather than changing fundamentally. That appears to have been the overwhelming desire of the physical users and the LME has acknowledged that.


Consulting the market
The LME first announced that it received 162 responses from its discussion paper and most of the feedback came from physical users, not LME members. There were concerns voiced that the LME would give up its daily prompt system. This system was designed for physical users, so that explains why they were so keen to respond.

The LME is suggesting no change to its daily date structure. Instead the LME said it would introduce two changes immediately:

Then it presented a series of potential strategic changes for the long run that will be subject to further discussion with members and users. 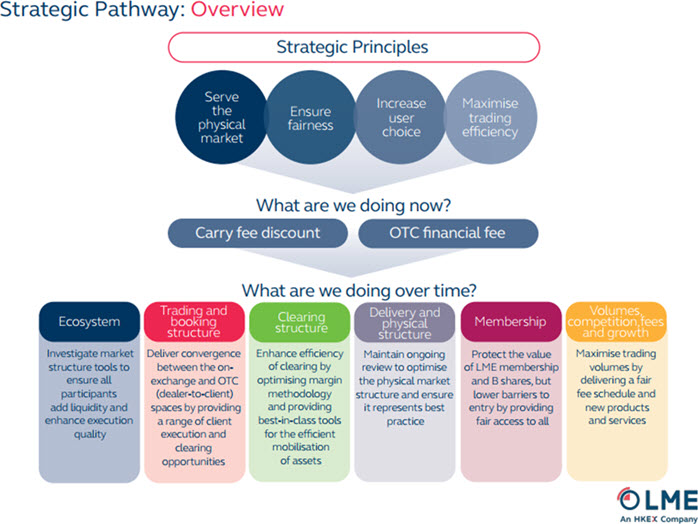 Carry fee discount
The LME conceded its trading volume has declined, in particular on short-dated carries. Short dated carries are when both legs (the transaction to sell and the transaction to buy or vice versa) are within the first 15 days of the TOM (next day) date. In response, the LME has decided to cut fees for members by up to 70% for business done in the Ring and 50% for business done on the electronic system – LME Select. Client contracts will attract a fee of $0.25c/lot, a 50% decline from the current level.

The LME also decided to cut what it calls medium-dated carries, which is when both legs are within 35 days of each other along any part of the price curve. Members will pay 50% less for business done in the Ring and on the electronic system. Client contracts will also benefit from a 50% cut to $0.45c/lot from the current $0.90c/lot.

Both will come into effect on 01 October for the short dated and 01 November for the medium dated.

This new fee structure will be reviewed in one year, and the LME assured that it will not increase fees again if volumes improve significantly.

The LME then announced a few strategic changes that will be subject to further consultation with no time frame yet associated with them.

Keeping its faith in the Ring
The LME repeated its commitment to the Ring and its will to grow trading volumes there. It believes it is the optimal place for the fixation of daily cash settlements. It will nevertheless investigate alternative closing price techniques (via an electronic platform) but not with a view to replace the traditional method of doing it in the Ring.

Boost liquidity and improve execution
The LME acknowledge the importance of financial players as liquidity providers but also said that some algorithmic trading could sometimes disturb the market. To address this risk, the LME will increase tick sizes to prevent small algorithmic originated orders from jumping ahead of queues in the order book. At the same time, the LME is ready to cut execution fees to attract liquidity from this category of users.

Introducing alternative trading and booking models
Currently the LME works with a so called T4 model where business is transacted between LME members and those members can then issue client contracts. The LME is exploring the possibility of introducing an additional/optional T2 model where clients would be able to execute their orders directly on the basis of LME Select prices but still through an LME member. The LME hopes this will attract more business from systematic financial traders, who favour speed of execution and liquidity.

The LME is also looking to boost liquidity for its third Wednesday contracts by introducing what they called implied pricing. This is when the liquid 3-month contract would be linked to a carry to create an equally liquid monthly contract.

Clearing facilities will also be extended to businesses currently done OTC, such as the averaging of prices over set periods.

Optimising their clearing model
LME Clear is looking to introduce an optional “gross client omnibus account” with the aim to reduce IM (Initial Margin) levels and move to a Value at Risk (VaR) methodology to calculate the IM. In so doing, the LME is moving towards the standard practice in place in the US. For VM (Variation Margin), the way VM levels are managed will be reviewed. Currently only loss making positions have to make a margin payment, while profitable positions only receive their gains on settlement. This system will remain for now, however the LME will explore the possibility of moving to a US inspired system where winners receive upfront too. They are also looking to extend accepted collateral to LME warrants, and overall to extend clearing to incorporate a broader range of products.

Some additional changes
In the near future, the LME said they will formalise the role of Introducing Brokers inside the LME landscape. Introducing Brokers are brokers who are not LME members so they can’t clear or issue client contracts, instead they arrange trades between clients of members, or between a member and a client. The resulting trades are then processed by the members involved.

In other changes, the LME is also looking to regulate the inter-office booking, enhance their new LME precious contracts, further develop the steel contacts, and explore the possibility of new products giving battery metals (for electric vehicles) as an example.

In the notes given alongside the presentation, the LME conceded that the appetite for trading the regional aluminium premiums contracts was low. This is because premiums nowadays are much lower and less volatile than 3 years ago, when the need for such contracts was far greater. The LME however is not looking to scrap them but instead to offer additional similar contracts that would be cash-settled. Another interesting point was the reference to a new cash-settled alumina contract that the LME said would allow for greater risk management along the value chain.

CRUView
The sharp fee increase that took place nearly 3 years ago was bold and ultimately didn’t succeed. Although a cut was expected, many probably didn’t expect it would be to such an extent. The LME indeed had to do something equally bold to attract back the volumes it had lost to the OTC world. However we need to realise that this cut will only benefit the short-dated carry business and indeed there was no mention at all of a possible cut for the outright contracts. When the LME said it was bringing fees to even lower levels than pre-HKEX times, it forgot to mention that the outright contracts would still attract a lumpy $0.90c/lot. Having said all that, most trading volume takes place in the short-dated carries and this is where the LME is focusing its efforts.

The other big change is the OTC fee, although many discussed how the LME will be able to impose that. The LME, in answer to the scepticism from the audience, defended its right to intellectual property and a fairer trading environment. In any case, there is still a lot of uncertainty surrounding this and further consultation will take place. The LME mentioned 01 January 2018 as the targeted date for its launch.

One of the biggest changes will come on the clearing side, where the LME plans to shift to a more CME inspired model. No firm time table was yet announced and consultations are still under way.

Other changes will come in the form of optional trading features, such as the T2 booking model or the implied pricing method. This last feature has been proposed for some time and the practicability remains slightly uncertain. If this were not the case it would certainly already be in place.

There has been a lot of speculation over the last few months about the future direction of the LME. The announced LME Strategic Pathway was not the dramatic change that many expected or feared. Whether what was announced will be sufficient to reinvigorate the LME market is open for discussion. The LME will hope to be as successful rebuilding volumes as it was in reducing queues in LME warehouses. Similar to how it addressed the queue problems, it is following the consultation type model and being flexible in implementation. The LME is confident it will succeed and trading volumes will be the metric that success will be measured against.