New sulphur supply from Qatar and Iran is some way off 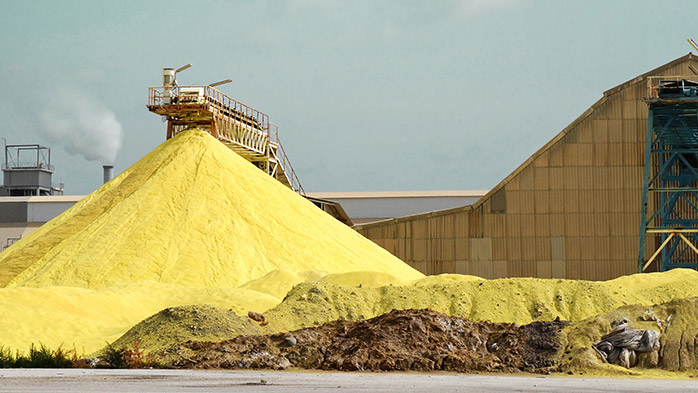 Both Iran and Qatar have announced significant expansions in gas production from the shared field South Pars/North Field, in the Arabian Gulf.


Iran has partnered with Total/CNPC to develop Phase 11 of South Pars. Qatar has announced its plans to boost LNG supply by 30%. The expansions will be a significant source of new sulphur supply when they start producing but technical difficulties, political instabilities, and economic sanctions warns us to be cautious about adding this new sulphur supply to our five-year outlook. 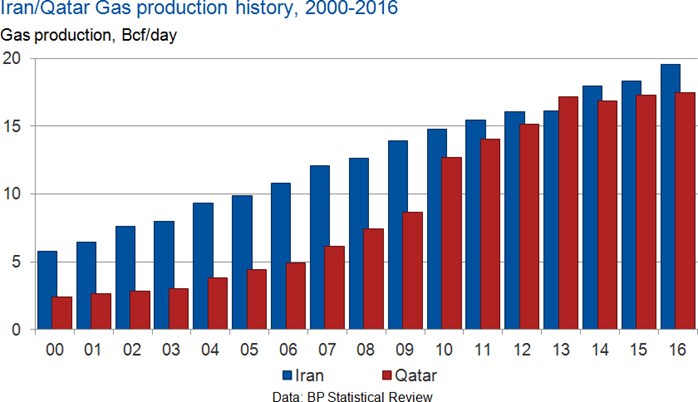 Total to develop South Pars Phase 11 in Iran
On 3 July 2017, Total announced its investment, as part of a consortium, for the development of Phase 11 of the South Pars field in Iran. The consortium is formed of Total (50.1%), CNPC (30%) and PetroPars (19.9%).Phase 11 will have final gas production capacity of 2 bcf/d with the gas sold to the Iranian market. The development will happen in two phases with the first due for completion by 2021. At capacity the project is forecast to add 0.1 million t/y of sulphur supply. The announcement is the first deal to be signed with an international company since the signing of the 2015 international nuclear accord.

Existing gas supply capacity is split between fields in the Arabian Gulf (South Pars, Kharg Island and Razi) and inland supply located near the Turkmenistan border at Khangiran. While sanctions have been in place, Iran has struggled to increase sulphur supply which has been caused by difficulty in finding markets to export gas. The easing of sanctions is expected to boost gas and sulphur supply from 2017, with additional phases also due to be completed during the year. Phase 17/18 is due to commission in 2017 with Phases 19, 20/21 and 22/23/24 due to come online in 2018. Combined sulphur capacity of Phase 19-24 will total 0.4 million tonnes. 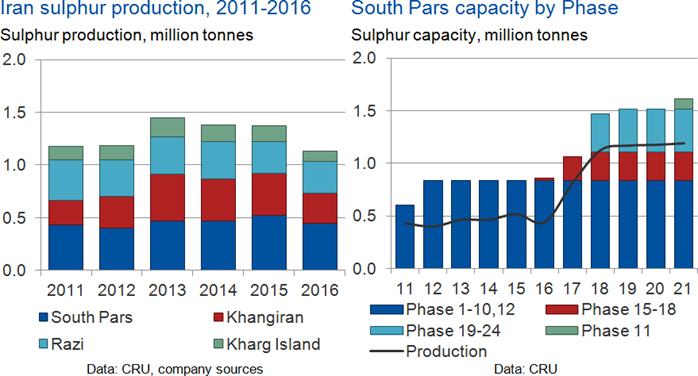 Iran has ambitions to further develop the South Pars field but little of this intent has been finalised. There is likely to be continued difficulty in attracting investment until the removal of sanctions has progressed further as there is still a block on US$ transactions with Iran. Total was one of the biggest investors in Iran before sanctions were imposed, and the deal represents more of a return of a prior business relationship. Investment from an Indian consortium has also been discussed for the development of another of Iran’s gas fields, Farzad-B.

Qatar Petroleum to increase LNG exports
Qatar Petroleum announced the plan to increase LNG export capacity from 77 million t/y to 100 million t/y by 2022-2024. Qatar announced that it would double the size of the southern sector of the North Field to 4 bcf/d. The announcement followed the news of the Iran/Total deal, but as Qatar ended a self imposed ban on the development of the North Field in April 2017, a restart to investment does not come as a major surprise. LNG production ran at its capacity rate of 77 million t/y in 2016 which equates to around 10 bcf/d vs. total gas supply of 17.5 bcf/d. Total gas capacity in Qatar totalled 21 bcf/d in 2016. Qatar is the largest LNG producer and exporter in the world, supplying 30% of the global LNG trade in 2016. Another 2 bcf/d of gas is moved through the Dolphin pipeline to the UAE with remaining 5.5 bcf/d serving local demand. 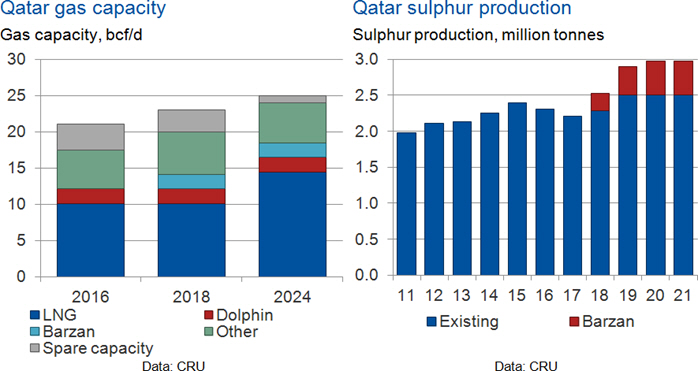 The $10 billion Rasgas Barzan project, a joint venture between Qatar Petroleum and Exxon Mobil, has also faced commissioning delays due to a gas leak that was found in one of the upstream pipelines last year. The problem is still persisting leading to the start up of the field being postponed a number of times with a start date in 2018 also looking in doubt.

In terms of a sulphur production increase, the growth in LNG capacity will not affect the medium term outlook as the start date is scheduled for 2022-2024. Sulphur supply is expected to increase at existing capacity as operations ramp back up to historical output.

The announcements in Qatar come at a time when regional neighbours have cut diplomatic ties with the country. Around 5% of Qatar’s LNG exports are sold to regional neighbours with these vessel movements being blocked. Qatar supplies 2 bcf/d of gas to UAE via the Dolphin pipeline which Qatar Petroleum have explicitly stated will continue to flow.

Future competition in LNG markets
The expansion in LNG capacity in Qatar would represent growth of 15% on current global trade flows. The new capacity plan comes at the same time as recent export growth from Australia and planned export increases from the USA. There is 9.6 bcf/d LNG export terminal under construction in the US Gulf with a further 6.6 bcf/d approved, but not yet in construction. There is also a 6.7 bcf/d Canadian LNG export terminal which has received approval.

The question remains as to whether all of the planned capacity will be needed. Shell published its “LNG Outlook” in Q1 2017 which estimated growth in seaborne LNG trade of around 30% on 2016 sales. Demand growth is expected to be strong in China and India but also from new entrants to the traded market in Egypt, Jordan and Pakistan.

One area that is highlighted as a future growth opportunity is the use of LNG for vessel fleets to help meet the International Maritime Organization 0.5% S cap in bunker fuels. Qatar Petroleum and Shell announced an agreement to develop LNG marine refuelling infrastructure in strategic global shipping locations.

Conclusion
The future development of the South Pars/North Field reserves is not unexpected, but will be faced with challenges. In Iran, the issues with residual sanctions may hinder the progress of new investment, but the local demand for gas is there as the country has suffered from supply shortages over recent years. The challenge for Qatar will involve its relationship with its regional neighbours, but also irrespective of how current diplomatic issues are resolved, a significant expansion of the demand for LNG.

Both projects are an important signal of sulphur supply growth from the field, but neither are going to have a meaningful impact on supply in the coming five years. Sulphur will continue to be produced at high levels and increase whenever there is a field expansion. Our view is that the continued expansions are feasible, however, the speed at which the expansions are commissioned may be too optimistic due technical difficulties, political instabilities and continued sanctions.