Prospects for sheet demand in Asia 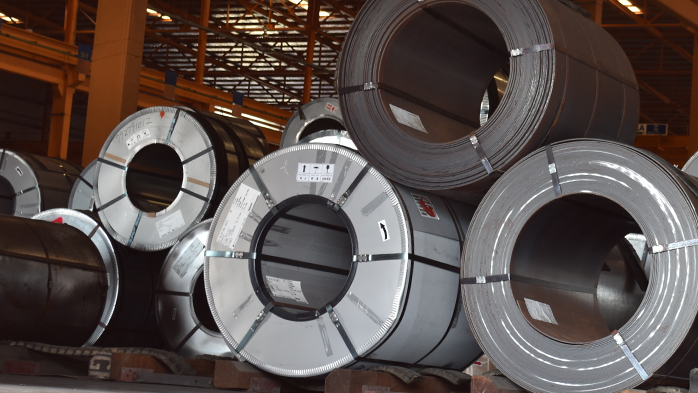 The topic of particular focus was steel demand in Asia at the 15th International Steel Market and Trade Conference, organised by CISA, which CRU attended recently.  More than 350 delegates from over ten countries gathered to discuss the global steel industry. Here is a summary of CRU’s notes from the various meets we held at the conference.


Outside of China, Asian sheet demand has limited strength
In Japan, construction will expand as a result of projects related to the Tokyo Olympic Games, urban redevelopment as well as an expected increase in infrastructure spending, which will remain a strong support for construction steel demand.  However, sheet demand will only keep firm with a 0.5% growth in automobile steel demand, according to the Japan Iron and Steel Federation.  Comparatively, in shipbuilding and container sectors, demand is expected to fall by 3.8% and 2.9% respectively, due to continuous depression in the shipping market.

In South Korean, the economy was hit by political instability with construction investment and private consumption growth set to slow.  Major steel end-use sectors, such as construction, automobile, shipbuilding and machinery, all showed negative growths in 2016 and is facing difficulties in 2017 due to lack of demand.

In South-east Asian markets, however, steel demand was significantly improved with an increase of 13% y/y in 2016.

Given increasing public spending in the region, demand will continue to improve through to 2019, surpassing 90 Mt, according to Vice President Soh Thian Lai, ASEAN Iron and Steel Council.  Although additions are mainly from the long products, a significant growth of sheet products demand were recorded in 2016 backed up by increasing imports from China, particularly HR coil and Coated sheet.  Although steel projects have been lined up in countries like Vietnam and Malaysia, the majority of these planned mills are still focusing on rerolling production which means that import demand of rerolling grade coil will remain robust, which is an upside for China.

Capacity cuts in China will allow Chinese industry to improve
“Overcapacity is a global problem, not a China problem,” China’s Metallurgical Planning Institute head Li Xinchuang told the audience during his presentation.  This view is in line with CRU, and given an earlier CRU Insight from Paul Butterworth, where evidence shows that up to 15% of overcapacity is hard-wired into the steel sector and cannot be eliminated.  Therefore, the true level of excess capacity is less than most people think it should be.  Furthermore, we have received confirmation from government officials in the Ministry of Industry and Information Technology that the crackdown of induction furnace (IF) capacity is in addition to the plan to cut 50 Mt/y of outdated capacity in 2017.  This is obviously a tougher target to meet given the result achieved last year of eliminating 65 Mt/y, but the government is confident that it will meet it again this year.  With this in mind, CRU expects capacity utilisation of the industry in China to improve towards 82% over the next five years, under the condition of a low-to-no growth pattern in terms of crude steel production over the same period.  With a healthier industry in the medium term, China will also shift its product mix towards higher-end products by increasing investment in R&D which will provide more upside in sheet demand.

Chinese sheet demand is supported by automobile growth in 2017
According to China Association of Automobile Manufacturers, auto demand is expected to grow around 5%, much lower than an increase of 13.65% in 2016.  Sheet demand will continue to be supported by growing automobile production and sales, but at a slower pace due to the reduced tax discount in 2017.  China Iron and Steel association CISA forecasts a 3.5% growth in steel demand in automobiles, while demand in home appliances will be relatively unchanged.  This will secure sheet demand to remain positive in 2017, but slower growth in the real-estate market may impact on longs demand, despite a significant increase in infrastructure investment, which grew 27.3% y/y in the first two months of this year.

Xiong’an New Area, limited upside for sheet
News during the Chin Ming holidays in 2-4 April from the government to establish the Xiong’an New Area in Hebei province has caused a major pick-up in the stock and futures market of late.  The region is another place of national significance after the Shenzhen Special Economic Zone and the Shanghai Pudong New Area.  Blue printed in the triangular area formed by Beiing, Tianjin and Hebei’s capital city Shijiazhuang, the 100 km2 area will be built under the condition of phasing out some economic management and service functions from Beijing, thus marks China’s efforts to solve problems facing big cities, like traffics and smog.

CRU believes that impact from the supply side of this development will materialise much earlier than demand.  The establishment of this new area will require higher environmental standards, therefore, quicker moves on capacity exits will be essential.  Meanwhile, we don’t expect construction to start before 2018 so there will be limited impact on supply/demand fundamentals in the short term.  Given that construction activities will potentially add demand for construction steels, positive views on sheet will also be quite limited.