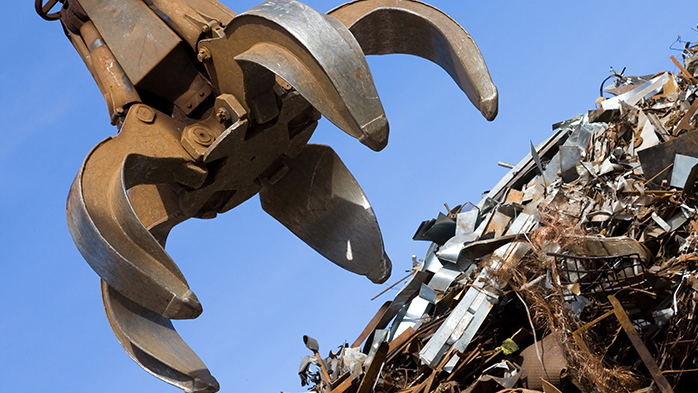 Turkish scrap prices have shot up in recent weeks due to a combination of factors that have shifted the purchasing behaviours of mills around the world. Availability from supply markets, Europe, the CIS and the USA, was restricted due to low inflows of material in these markets in recent months, coupled with a more recent rise in local demand.


Furthermore, billet export prices from both China and the CIS have risen sharply, limiting alternative forms of supply.  Much higher coking coal prices are a factor, but not the whole story.

In key supply markets, scrap prices have been low for a period of around six consecutive months.  Not so low as to restrict supply entirely, such as at the end of 2015, but enough that the rate of inflows had dropped.  This had resulted in low inventory levels at scrap yards.  Additionally, the sharp rise in coal and coke prices over recent months had prompted BOF-based producers, particularly in Europe and Asia, to plan an increase scrap rates, and buying activity picked up.  Because there is a limit on prompt scrap supply, which most of these mills use in addition to home scrap, this restricted obsolete scrap availability for export and pushed up local scrap prices in these markets. 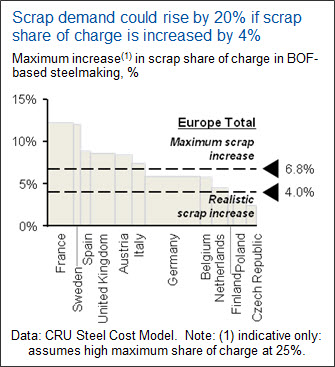 Despite scrap prices rising and limited supply, Turkish mills were not able to secure alternatives such as billet because these prices had risen even to a greater extent. Chinese steel export prices have been on the rise since the beginning of October, but much more so in the last week and throughout early November. This has been driven primarily by coking coal costs, as well as by speculation on the Shanghai Futures Exchange and a modest increase in steel demand in China. CIS billet exporters also took the opportunity to lift export prices, despite coal costs here remaining much lower due to captive supply.

So, what will happen from here? The last speculation-fuelled rally in 2016 Q2 for steel and ultimately scrap prices was short-lived. However, at that time there were no other supporting factors for prices to remain higher. This time, ironmaking costs will continue to rise before peaking in mid-2017 Q1, as higher coal prices continue to flow into production costs. This will sustain a drive for BOF-based producers to keep scrap rates higher. However, higher scrap prices will eventually limit the economic benefit of using more scrap, as higher scrap rates will lower utilisation of blast furnaces. Likewise, because ironmaking cost will be higher, there will be little incentive for billet exporters from China to lower prices. Therefore, this time, we expect that Turkish scrap prices will remain higher for longer, before falling back from about March onwards.