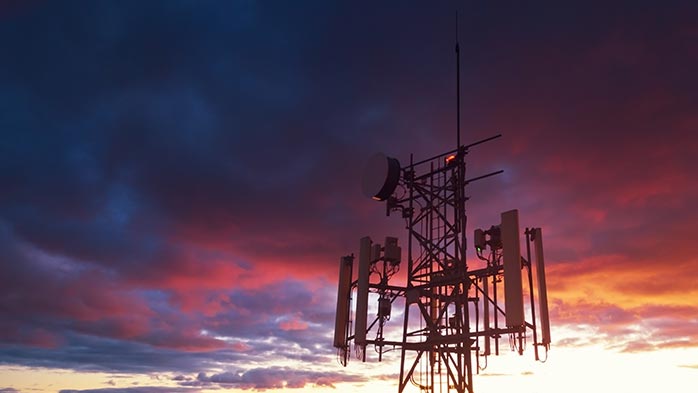 According to the GSA’s latest update, by the end of July, a total 92 operators in 38 countries/territories had launched 5G services as shown in the chart below.


After only 9 operators launched 5G in Q1, the lowest recorded on a quarterly basis since the beginning of 2019, the industry regained momentum with a net addition of 14 launches in the following quarter. In July alone, another 8 carriers have launched their 5G commercial services. Coupled with the active 5G rollouts by operators, Ericsson has also recently upgraded its 2020 forecast on the number of 5G subscriptions to 190 million, mainly driven by a faster uptake in China than previously expected.

It appears the 5G industry has generally weathered the Covid-19 storm, though there are variations dependent on the country. Another 12 countries/territories have launched their 5G networks so far this year including Canada, Brazil, Japan, Thailand, the Netherlands, and Poland, just to name a few. However, CRU also notes significant delays in several regions, especially in Latin America, South Asia, and Europe to a certain extent. 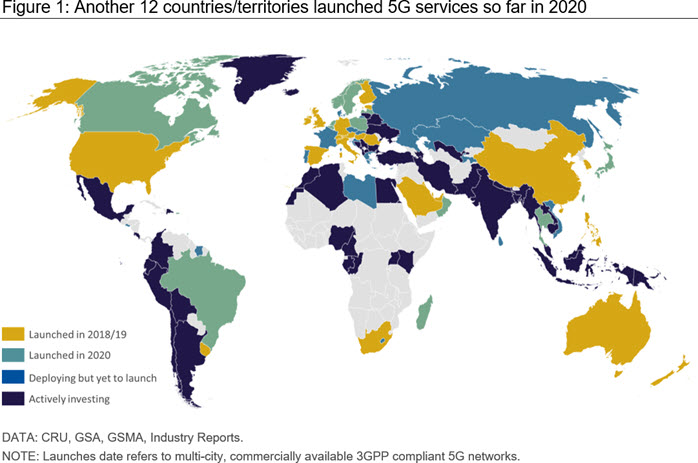 In Latin America, Brazil, Mexico, Chile, Peru, and Bolivia were all planning to launch commercial 5G services in 2020, according to our February Market Outlook report. So far, only Claro Brasil has launched 5G in Sao Paulo and Rio de Janeiro using Dynamic Spectrum Sharing solutions provided by Ericsson, notwithstanding the country’s 3.5 GHz and the 26 GHz spectrum auction in March was delayed due to the pandemic.

In India, the country’s telecommunication sector was in turmoil even before the health crisis. The ongoing pricing and spectrum availability issues coupled with the likely ban on Huawei and ZTE equipment could delay full 5G rollout by another three to four years.

In Europe, CRU also noted multiple delays to 5G rollout plans such as in Spain, France, Belgium, Austria, Portugal, and Czech Republic mostly due to the impact of Covid-19. The UK government’s U-turn on banning Huawei 5G equipment will also likely slow down operators’ rollout plans, though UK regulator Ofcom decided to press ahead with another spectrum auction in January 2021. Indeed, Covid-19 could delay 5G network rollouts in Europe by another 12-18 months, with investment over the next two years falling by US$7.1-10.6 bn, according to a survey-based study carried out by PwC’s consulting arm.

China, the US, Germany, and S Korea are 5G champions
On the upside, worldwide 5G network infrastructure spending will almost double to $US 8bn in 2020 compared to last year, primarily driven by China, according to the latest forecast by Gartner, a research and advisory firm.

Chinese operators have so far built a total of 257,000 new 5G base stations in H1 and expect to deploy over 600,000 5G base stations by the end of the year. China Mobile totalled 70.2 million 5G subscribers by the first half of this year, compared to only 6.7 million customers in January. China Telecom also recorded 37.8 million 5G subscribers. While China Unicom has not released their 5G subscriber figures, it is very likely that China has already exceeded 130 million 5G subscribers in total, by far the largest 5G subscriber base in the world. All three carriers are accelerating the construction of their 5G standalone (SA) networks, with China Telecom and China Unicom to ‘co-build and co-share’ their infrastructure, all aiming to launch services via this network architecture in Q4 this year.

AT&T in the US has expanded its 5G service to an additional 28 markets, with coverage now reaching more than 160 million people in 355 markets across the country. Verizon expects to expand its mmWave-based 5G service to 60 cities this year and plans to begin shifting traffic to SA 5G in the second half of this year. T-Mobile has finally completed its merger with Sprint and claimed a global first with the activation of their SA 5G in 600 MHz.

In Germany, Deutsche Telekom’s 5G service now reaches 3,000 towns and municipalities covering half of the German population across the country, with nearly 30,000 5G antennas already in operation. The carrier upgraded their annual target, now to cover two thirds of the country’s population with 5G before the end of the year. South Korean operators SK Telecom, KT and LG Uplus committed to expand 5G connectivity to an additional 85 districts in 2021 and agreed to invest a total of US$22 bn through 2022 to boost 5G infrastructure across the country. All three carriers aim to launch their SA 5G networks during H2, with LG Uplus recently completed tests of core technologies on the network.

On this non-exhaustive list, Taiwanese operators Far EasTone, Chunghwa and Taiwan Star, Canadian carriers Bell Canada and Rogers Communications, Dutch telcos KPN and T-Mobile, Telekom Slovenije in Slovenia, Zain Group in Bahrain, Telma in Madagascar and MTN in South Africa all announced the launch of their 5G commercial services recently. More country and carrier level details can be found in the table below.

CRU will continue to track 5G progress globally through our Fibre Optic Portfolio, consisting of our Optical Fibre and Cable Monitor and our Telecom Cables Market Outlook. You can read our previous article on this issue here. 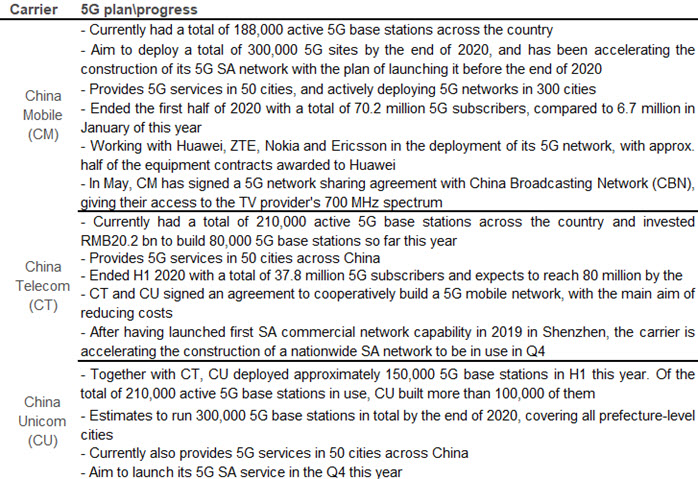