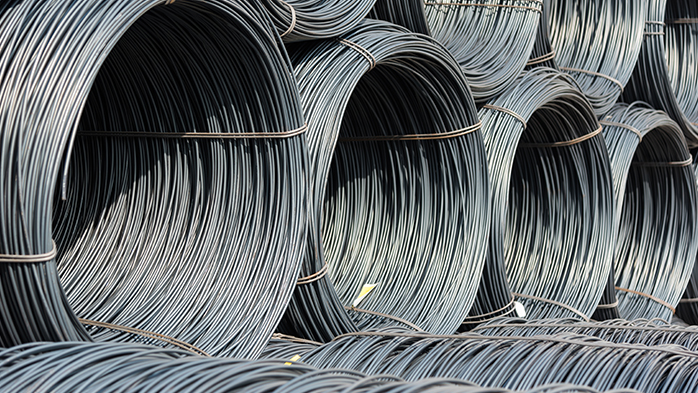 Keeping up with European long products markets may have felt like a rollercoaster ride for many this past year, and indeed price volatility in 2016 was the highest it has been since the Global Financial Crisis.

However, the extent of this volatility varied between product types, and another key feature of 2016 market dynamics was the relative stability of high carbon compared to low carbon wire rod prices. This insight will briefly review the key drivers of last year's price volatility and outline the important factors that have affected the spread between low and high carbon wire rod prices. 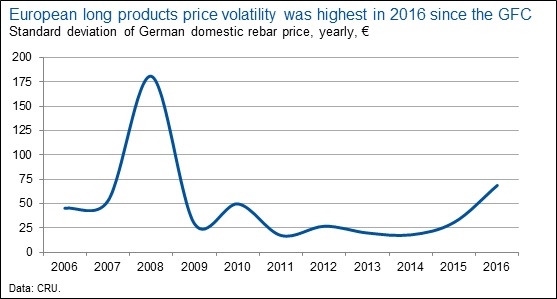 Prices started out 2016 near the bottom of what was a multi-year downward trend. German domestic rebar prices were €368 /t in January 2016 and bottomed out at €350 /t in March 2016. The market then underwent an incredible rally in May with prices peaking in June at €550 /t for rebar. Rebar prices increased €163 /t m/m in May: the largest month-on-month change since the price crash in October 2008. This rally followed an upward price trend in markets elsewhere and was supported in Germany by low stock levels and a tightening of supply by mills, who limited volumes of individual orders in anticipation of further price hikes. However, these price levels were unsustainable given prices in international markets. German prices corrected downwards in the summer and then fell further in the autumn, when strong import competition from CIS countries as well as Italy forced German producers to bring their prices down in line with other markets. The final quarter of the year started out on a downward trend, but quickly turned the corner following an unexpectedly sharp increase in scrap prices in November. Rebar prices increased €65 /t m/m in December on the back of ongoing cost inflation. From local short-term supply tightness to global rises in raw materials prices, various factors made 2016 a rollercoaster year for European long products prices. 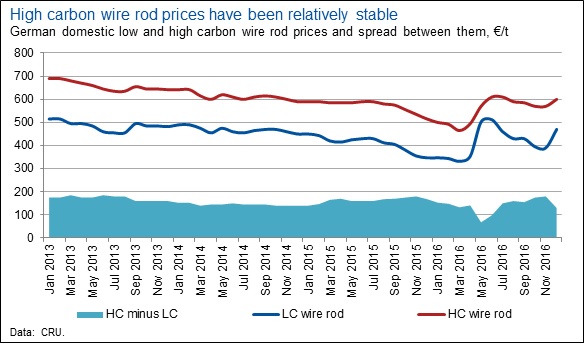 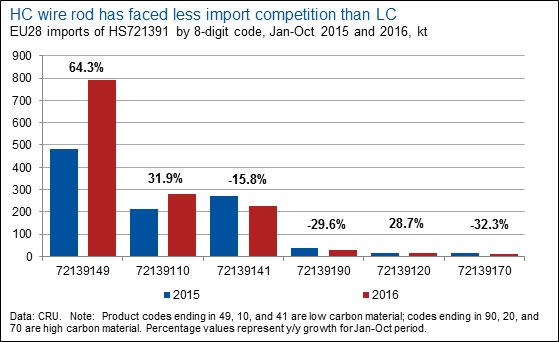